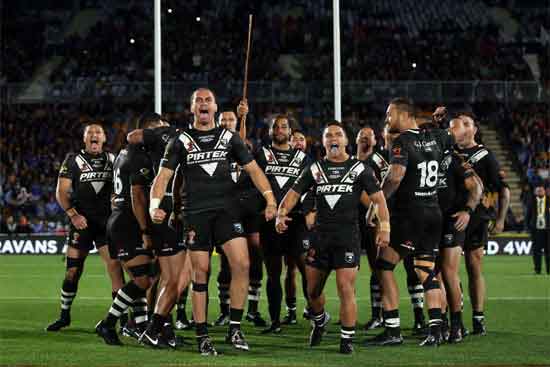 Rugby League is going to descend on Denver, Colorado (the city known as the Mile-High City because it is situated at an elevation of 5,280 feet (1-mile) above sea level) in June of this year.

The inaugural game, part of the Rugby League International Challenge competition, is to take place on Saturday 23rd June. It will be between England and New Zealand, at the Sports Authority Field, the home of the Denver Broncos American Football team.

The match, which is the first of three Rugby League games to be played on North American soil, is seen as a great opportunity to promote Rugby League on the continent of the US.

Reon Edwards, the recently appointed chairman of the New Zealand Rugby League (NZRL), explains that the upcoming test match is an excellent opportunity for showcasing Rugby League at its highest level, in North America. As well as a sporting occasion, there is also considerable commercial potential too.

According to Edwards, the NZRL has been in discussions with both the Rugby Football League and the Rugby League International Federation to bring this to fruition. It is the first of three England/New Zealand tests which will take place on an annual basis in the US over the next three years.

With the 2025 Rugby League World Cup due to take place in North America, the three-years’ worth of test matches presents the perfect opportunity for raising awareness interest of rugby league. It will be the 17th staging of the World Cup and is expected to comprise of 16 men’s teams. It will also feature a women’s rugby competition too.

Two or three of the games are expected to be played in Canada. The president of the Canada Rugby League Association has said that the cities of Toronto and Vancouver are the forerunners for hosting the matches, with a third possibly taking place in Alberta.

In the US, National Football League and Major Soccer League stadiums will be vying stage the games. Likely host cities include Atlanta, Houston, Jacksonville, Los Angeles, and San Francisco.

The first ever test matches between England and New Zealand took place in 1907 when the Kiwis went on their first tour of Australia and England. It was to set up a great rivalry between the Lions and the Kiwis that rivals that between the Lions and the Kangaroos, who first played each other for the Rugby league ashes in 1908, and the English and Scottish soccer teams who first played each other back in 1872.

The drama of the Haka

The Kiwis are always a great draw for the crowd. Not only are they a world class Rugby League side, but their “Haka” adds a great piece of drama before any game they take part in.

Whatever the outcome of the test in Denver, the Yanks are to be in for a feast of world-class rugby league.