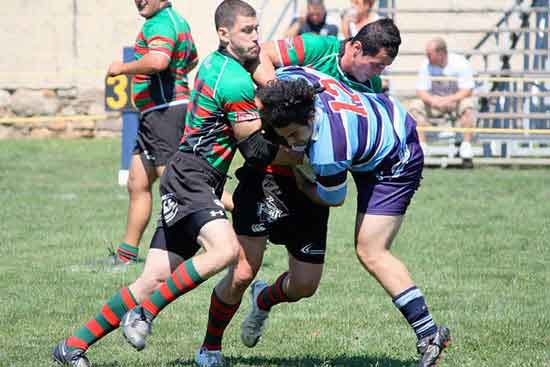 It has been some time since we last heard anything from the Midwest Rugby League, almost eight years, but that doesn’t mean the game has been dormant, in fact far from it.

There are plans in the pipeline to resume a local competition in the Chicago area this summer with the eventual aim of gaining entry to the USA Rugby League (USARL) by 2020 and it may include a Canadian component.

The Chicago Stockyarders, first established during the days of the former American National Rugby League (AMNRL), are spearheading the drive.

Originally, there were three teams that formed a Midwest Conference including the Stockyarders, the Western Storm and Iowa City Crash.

That conference took the shape of a developmental league in 2012 as part of the AMNRL’s expansion strategy. It lasted for just the one season though as the AMNRL folded at the end of the following year in 2013.

The ‘Yarders as they became known colloquially, were the sole survivors of that original expansion and are now the nucleus of a rugby league revival in the Midwest.

The 2018 competition could tentatively include the Stockyarders, a team from nearby Joliet, Illinois, and possibly a Midwest All Stars team.

“The limiting factor is a lack of willing owner-operators locally, meaning that we (Midwest Rugby league LLC) are responsible for funding all of these games and teams,” said Midwest Rugby League CEO Mike Featherstone.

“Joliet is a development project to bring another local team building towards 2020 again.

“Our local games are all 9-a-side football with two 20-minute periods until we enter the USARL. July 27th – Friday night football in Lincoln Park, Chicago, is slated for the first game.”

According to Featherstone, getting the Stockyarders into the USARL is the ultimate goal and they have a neat idea on how to achieve that end goal.

“The issue is, and always has been, the distances involved,” he said. “We simply have to create our own conference.

“We want to try to work with Ontario Rugby League about the possibility of combining to create a new conference with them.

“In our view, we would propose a joint entry with them for a new four-team conference for the USARL by 2020.”

These plans are in their infancy and will require further discussion, although Ontario RL has made it known they are looking at various options to increase competition for their teams, which at the moment is limited.

Another idea that started as a suggestion on social media following the World Club Championship in Melbourne and seems to be gathering steam is for Chicago to host events such as the WCC, or the English Rugby Football League’s Magic Weekend.

Featherstone says the suggestion has some merit, but with a caveat.

“We have read with interest the news about potential RFL franchises coming to America,” he added.

“We’d prefer to concentrate on helping to create a semi-professional/professional domestic league, but we are interested in partnering with these events to play our games as curtain raisers and therefore help grow our own brand.”

All of that big picture stuff aside, the Midwest RL is also working on a local project with some partners to start a junior Stockyarders program within the city of Chicago to establish a grassroots foundation.