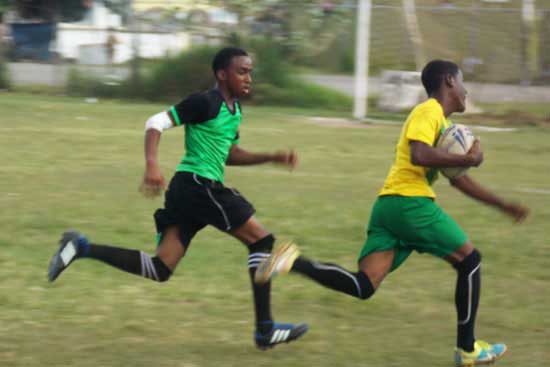 There will be high drama on Wednesday, March 7, when the Grand Finals of the JRLA U14 and U16 High School competitions take place at The Cedar Grove Academy.

In the U16 Grand Final, Calabar faces Spanish Town in what is a repeat of last year’s contestants. In the semi-finals played last week, Calabar put in a brave performance to hold off BB Coke High 8-0. Spanish Town needed overtime to squeeze past The Cedar Grove Academy 22-16.

Old Harbour will face Spanish Town at 12:30pm for Third-Place in the U14 category while BB Coke will challenge The Cedar Grove Academy at 1:30 in the U16 play-off.

“The Cedar Grove Academy have enjoyed a dream run in their first season of rugby league, they will be worthy opponents to Calabar who are two times defending champions in U14. Remarkably, Calabar have not conceded a single point in the competition, but Spanish Town has the goods to spring the upset.”