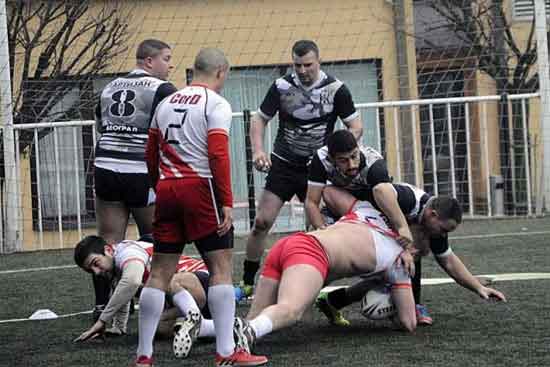 The traditional season-opener, the Serbian Super Cup between the winners of the domestic and Balkan Super Leagues, saw Red Star defeat Belgrade rivals Partizan 42-26 at the BASK Arena.

Red Star, under new Australian coach Trevor Smith started superbly, with three tries in the opening 20 minutes from Rajko Trifunović, Stefan Nikolić and Denis Čengaj, all goaled by Vojislav Dedić to give them an 18-0 lead.

Partizan countered with tries from Miloš Đurković and prop Ronaldo Bitići, and when Dario Abidinović crossed soon after the break, the lead was cut just to six points at 20-14.

From there the red and whites regained their dominance with four unanswered touchdowns, Australian import Jack O’Brien running the length of the field and then setting up another score from long range for Miloš Zogović which proved to be the game definer.

In the last quarter, Partizan rallied to claim the last two tries despite having Dušan Milutinović sent off, three other players in total being yellow-carded in a typically no-holds barred encounter between the sides.

It was the second time Red Start have picked up the SRL Super Cup and the 13th victory in 20 matches in all competitions against their biggest rivals.