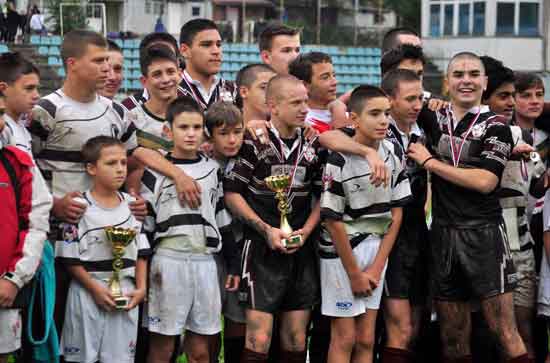 Serbian Rugby League has announced that a sponsorship deal with the Australian embassy in Serbia will continue in 2018. Through the Australian Department for Foreign Affairs’ Trade Direct Aid Programme, the SRL will again receive funds for rugby league development at junior and youth level.

The TDAP is intended for European countries that are not members of the EU. RLEF Central and Eastern regional director and SRL board member, Jovan Vujošević, commented: “We are extremely thankful for this support over the last three years, particularly the work of ambassador Julia Feeney. All programmes that the Australian Embassy have assisted through the Direct Aid Programme were directed towards the development of children and youth sports and also for them to get acquainted with Australian culture of which rugby league is such an important part.”

The next tranche will run in the first half of 2018 and will include work with children aged from seven to ten and youths from 14 to 18 years old, living in Belgrade. The project will be managed by Colin Kleyweg, board member of newly crowned SRL champions Red Star.

Meanwhile, on-line website ‘Rugby League Around The Grounds’ has signed a sponsorship deal with the Jamaica Rugby League Association that will provide support for the national and international game on the island.

JRLA director of rugby, Romeo Monteith, said. “This is a great fit, we are all rugby league enthusiasts and look forward to this partnership aiding the future development of the sport in Jamaica. It shows the increasing value of the JRLA, its competitions and our national team, the Reggae Warriors.”