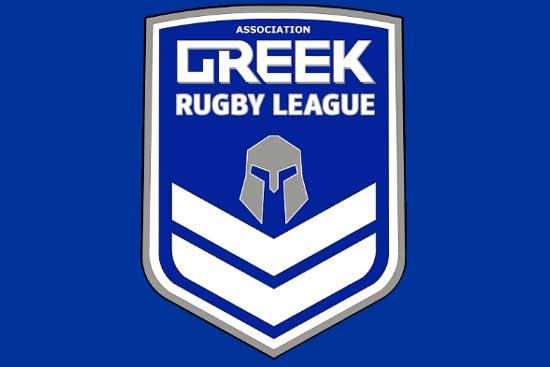 Four clubs – Aris Eagles, Attica Rhinos, Patras Panthers and defending champions Rhodes Knights – make up the domestic championship – with the recent game between the Panthers and Knights staged at the 25,000-seat Pampeloponnisiako Stadium.

That match represented a 1,340km round trip for Rhodes who, along with last season’s Grand Finalists Attica, are still unbeaten in 2017-18.

Aris, who lost narrowly to Rhodes 20-6 having held a 6-0 lead, have seen an influx of new players and are tipped as the team to watch in the second half of the season.

“We are now live-streaming all our matches, which has been great given the geographical spread of our teams,” confirmed interim GRL president George Stilianos. “It allows anyone who’s interested in Greece or abroad to watch our games.”

National captain Stefanos Bastas, from Rhodes, took a leap of faith booking a one-way ticket to England for the opportunity to trial and train with Hemel in English League 1.

His gamble paid off as the Stags have announced that they have signed him to a contract for the 2018 season.

“We are extremely proud of Stefanos and his accomplishment,” noted Stilianos. It is an acknowledgement for everyone involved in Greek Rugby League. His coach at Rhodes, Michalis Chatiioannou, has done a great job guiding and developing him over the years. We wish him all the best.”

Another national team player, Nikos Kanellopoulos, has moved back to his home town of Pyrgos-ileias and set up a new team there, who anticipate playing their first friendly match in early 2018.

In another significant development, coach Panagiotis Katsoularis is in the process of setting up a side that will be part of the famous AEL-Larisa club.

“The people of Larisa, despite not being familiar with rugby league, have already embraced us,” said Katsoularis

“We were overwhelmed with the response as 22 players turned up to our first training session. We are aiming to join the main league next year and really make our presence felt.”

The four existing sides are also planning on putting in applications to join the 2018 Balkan Super League, first run this year and featuring club sides from Serbia, Bosnia and Herzegovina, Bulgaria and Turkey.

Stilianos added: “It is something we consider important in our development. We are aiming to improve steadily year upon year and are also eagerly awaiting the fixtures and format for the 2021 World Cup to be announced.”