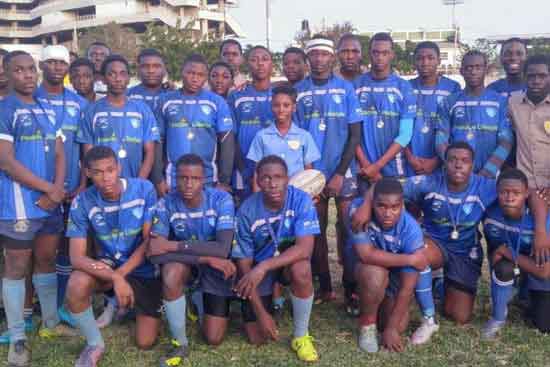 There is no question that 2017 has been a successful year for rugby league in Jamaica, and arguably the most notable one since the country first came onto the international scene in 2009.

In August, the Reggae Warriors made history when they hosted their very first Test match in Kingston.

And they made the occasion even more memorable by beating Canada 28-14, the first time they’d beaten the Wolverines since 2010.

That victory also propelled the Jamaicans into a second-place finish in the Americas Championship, something they have achieved only twice previously in three-way international series with their North American rivals.

“We’d been close twice in Canada, so getting past the post this time did a lot for our local players. It also demonstrated to the Canadians the realities we have faced as a traveling team for years.”

And therein lies one of the main issues the game faces in Jamaica year in and year out – the cost to players, coaches and staff of having to travel.

Before now, all of Jamaica’s international games have been played away from home so even going to Florida, which compared with Canada and Europe is less expensive, is still a financial burden and one that often prevents players from making the trip to represent their country.

And there are other ongoing challenges the Jamaicans must face, including funding and the unavailability of playing surfaces.

“It takes a lot to keep the game alive,” continued Monteith. “It’s always a small group of volunteers and plenty of work. Funding is always limited.”

It’s unlikely that things will be any different in 2018. According to Monteith, it will be more hard work to just to maintain the status quo.

That said though, Jamaica Rugby League does have a wish list.

“We would love a few more internationals, both home and away,” he said.

“Critically, we have to sustain our domestic activities which is becoming increasingly difficult since we do not have a field for ourselves.”

The good news, however, is that despite the challenges, the sport continues to progress on all levels.