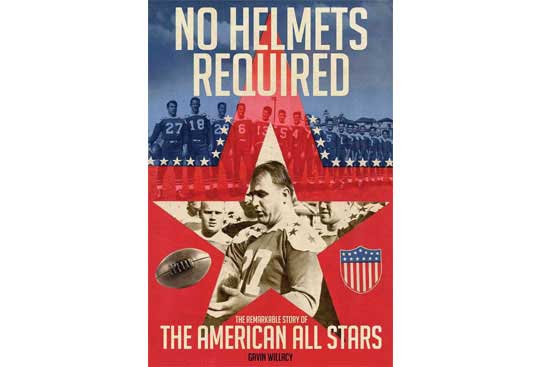 People are often surprised when they discover that rugby league is played in the United States.

Really? Are there clubs there? Is there a national competition? Yes, yup, and you betcha are the answers to those questions.

I have been reporting on rugby league here in the US since 2007 and while I knew that the game’s origins go back to the 1980s, I wasn’t aware of details surrounding efforts predating those times to establish the game stateside.

It started in 1953 when an American All Stars team toured Australia and New Zealand.

Rugby League didn’t exist in the States back then, so the team was made up predominantly of rugby union and American football players, as well as some track athletes. None of the squad knew anything about rugby league, let alone had ever played it, so the learning curve was incredibly steep.

The All Stars had a grueling 26-game schedule over a three-month period. That’s virtually unheard of these days and what made it an even more remarkable undertaking was that there were only 18 players on the squad, something that would become an issue in the latter stages of the tour.

The tour itself, the pre-planning that went into it, player recruitment and subsequent attempts to gain a foothold in the US is all chronicled in a book entitled ‘No Helmets Required’.

It was written by English sports journalist Gavin Willacy.

He invested around ten years into researching the book, a project that took him to the US and Canada to interview folks involved with the tour such as players and members of their families.

I had the pleasure of meeting Gavin during the 2017 Rugby League World Cup while covering the USA Hawks and we talked about what prompted him to write the book.

“I read an article about the All Stars around 2000 and was intrigued, as I was by American rugby league in general,” he told me.

“I’d decided to write a history of league in the States and did a lot of research when I spent three months travelling the US in 2002/3. But once I’d tracked down a couple of the All Stars and they shared their extraordinary stories, I knew I had to write their tale.

“The more I found out, the more mind-blowing the whole thing was.”

No Helmets Required is a really good read. It’s well researched and I highly recommend it. And you don’t have to be an American to appreciate it.

It’s a compelling and interesting story and one that will appeal to any fan of the 13-man code, or any sports lover in general for that matter.

The All Stars concept was the brainchild of a colorful former college football player and want-to-be sports promoter Mike Dimitro.

That guy could certainly talk the talk and it was his gift of the gab that eventually convinced rugby league administrators in Sydney and Auckland to give the unlikely tour the green light.

Dimitro was also the main driving force behind the All Stars tour of France in 1954 in the lead up to the inaugural Rugby League World Cup.

No Helmets Required is available at amazon.com in hardback and in Kindle and you can order your copy here

The eBook version is also available on iTunes books.