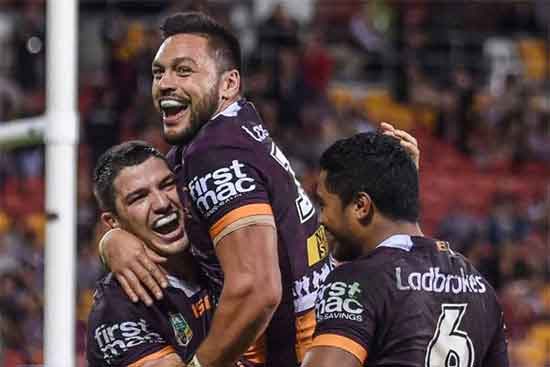 After narrowly losing 6-0 in what was a thrilling and absorbing World Cup Final last Saturday, Brisbane Broncos supercoach Wayne Bennett has kept his counsel on his future as England coach. In what was the closest Rugby League World Cup Final the sport has seen in decades, both sides refused to give the other an inch and it was the Aussies who finally broke England’s resolve in the 15th minute, with Boyd Cordner steamrolling his way to the England line for the game’s only try on the 15 minute mark.

Whilst it’s fair to say the 6-0 scoreline flattered Bennett’s side, there were undoubtedly a number of positives to take out of the game and both fans and players alike will be hoping that Bennett decides to stay in the role. With Bennett now off contact in the wake of the defeat, the Australian refused to comment on speculation about his future, stating that he “wasn’t in a good state to talk about those things” but added that he was “really proud” of the team’s efforts in their attempt to dethrone the Australians, who took home the Paul Barriere trophy and once again sit atop the throne as Rugby League kings of the world.

Australian coach Mal Meninga is one of many high profile figures within the game who have urged Bennett not to quit his international post and believes that his opposite number has turned England into a real force in international Rugby. The fierce competitive tension and rivalry between the two coaches has had a hand in reigniting the old Ashes rivalry, which has arguably become stale in recent years, and Meninga was nothing but complimentary towards his international rival, explaining that he thinks the team is “improving all the time” and that Bennett has “brought a harder edge” to an England side that has been accused of having a soft underbelly in recent times.

England’s schedule next year may well be tempting enough to convince Bennett that he will once again be able to successfully juggle both his international and club responsibilities. The Australian will have plenty of time to concentrate on his 2018 NRL campaign with the Brisbane Broncos due to the fact that England’s three-Test series against New Zealand starts on October 27th of next year. The Broncos are currently decent value at 10/1 with most rugby league betting outlets to win the 2018 NRL Grand Final and Bennett will no doubt be hoping to go one better than their 2015 Grand Final Defeat to the North Queensland Cowboys.

It remains to be seen whether Bennett thinks that he’s taking England as far as he can or if he thinks he can go one better and end the team’s long wait for silverware. Regardless of the decision that the Australian makes, he can certainly hold his head up high and there will be no blame attached to him should he decide that he wants to solely concentrate on his NRL exploits. One thing is for certain; if Bennett does decide not to renew his England contract, whoever takes over the reigns will have a hard act to follow.