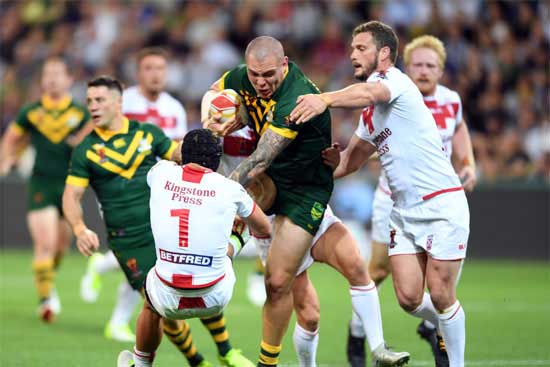 If you’re looking to bet on this event then a great site to think about checking out is TeamFA as they offer rugby league odds for all the major events.

Tallis and Sinfield will be on site to meet and greet Rugby League fans tomorrow (Friday) from 12.30pm AEST, with (non-playing) players from all four finals teams part of the Friday night line-up that also includes local boxing hero and Rugby League fan Horn and England’s Gary Corcoran. Horn and Corcoran will face-off in a world title fight in Brisbane on 13 December.

To add to the festivities in the city, iconic Brisbane landmarks will be lit up in the World Cup colours red and yellow, including the Story Bridge, Victoria Bridge, QPAC, City Hall and Treasury Casino.