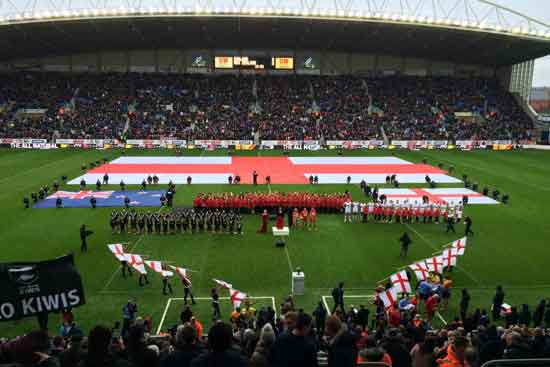 England will face the Kiwis for the first time since the narrow 16-17 loss in front of a sell-out crowd in the Four Nations 12 months ago and will be hoping for a repeat of the 2015 series, when captain Sean O’Loughlin led the team to a 2-1 series win.

Dates and venues for the autumn series will be announced at 12pm tomorrow (22nd November) when tickets will also go on sale for all three matches.

England, who this week face Tonga in the World Cup semi-finals, will be looking for victory over a Kiwi side determined to hit back following a disappointing 2017 World Cup campaign.