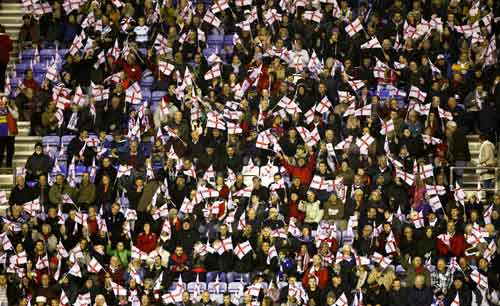 England progressed through to this stage of the tournament after a 36 – 6 quarter-final victory over Papua New Guinea in Melbourne. Two tries each for Jermaine

McGillvary, who has scored six in the competition so far, and man of the match Kallum Watkins helped the side set up a clash with Tonga.

bench against The Kumuls. Roby is in line to make his 30th Test appearance this Saturday and will receive a silver lion on his playing shirt.

This is the first time Tonga have advanced past the group stages since competing in their first World Cup in 1995. Head Coach Kristian Woolf’s side have beaten

strong opposition, including New Zealand, to make the semi-final and will be looking to key players Jason Taumalolo, Andrew Fifita, Tuimoala Lolohea and Michael Jennings to get them over the line at Mount Smart at the weekend.

England Head Coach, Wayne Bennett, said: “We wanted to make this stage of the competition and we have done – I’m proud of the commitment, attitude and effort from the whole squad so far.

“It was a mixed performance against Papua New Guinea. I was pleased with the way we defended and the build-up to some of our plays but the discipline with the football needs to improve.

“On and off the field, everyone is working hard for one another to get the little things right so we can take it into the game. Everyone’s aware of the opportunity that’s in front of them.

“Kristian has done a great job with this Tongan side. They’re big, run hard and have beaten some tough teams to get here. We’re looking forward to this one.”