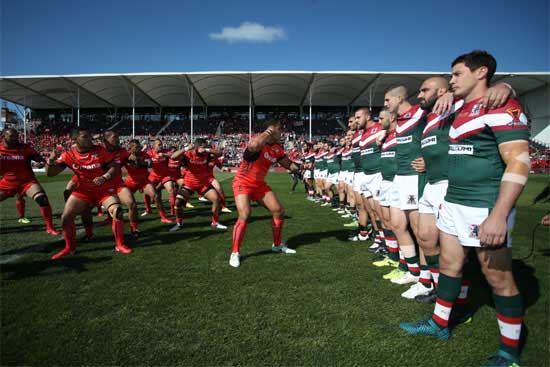 Tonga have pipped Lebanon 24-22 in controversial circumstances to book passage into the World Cup semi-finals.

The Mate Ma’a will face either England or Papua New Guinea in Auckland after escaping a major scare from a committed Cedars team in Christchurch. Lebanon had a crucial try ruled out by the video referee, which proved costly early in the second half.

Tonga broke the deadlock in the fourth minute when Tui Lolohea crossed. But five minutes later the score was tied at 6-6 when Adam Douehi touched down.

David Fusitu’a, who was so brilliant against New Zealand, gave Tonga the lead on 19 minutes. The Polynesian side was enjoying more possession and Will Hopoate added a try in the 22nd minute off a brilliant Andrew Fifita pass to make it 16-6.

But Lebanon would not lie down and James Elias crossed after a Mitchell Moses kick. Before half-time Tonga reasserted its dominance with another Fusitu’a try, after he leapt for an Ato Hingano bomb.

However the Cedars kept coming and were rewarded for their endeavor when Abbas Miski scored right before the break to make it 22-16.

Douehi thought he had crossed when Moses put him through with a lovely reverse pass. But video referee Ben Thaler overturned the four-pointer that been given on the field, because he ruled out decoy runner Ray Moujalii had obstructed the defensive lined.

It was a bitter blow for the Middle Eastern nation and then Hingao slotted a penalty in the 53rd minute to make it 24-16.

Lebanon kept battling away and Miski got his second with only 11 minutes left. But with two points the difference the Cedars couldn’t find another score that would have sent them into the semi-finals.

They leave the tournament proud after another solid effort against more fancied opponents.

Lebanon captain Robbie Farah was heartbroken after the match.

“It was a game that was there to be won and I’m gutted,” he said.

“We just could not get that try to get us in front. I’m just so proud of the effort of all the boys.”