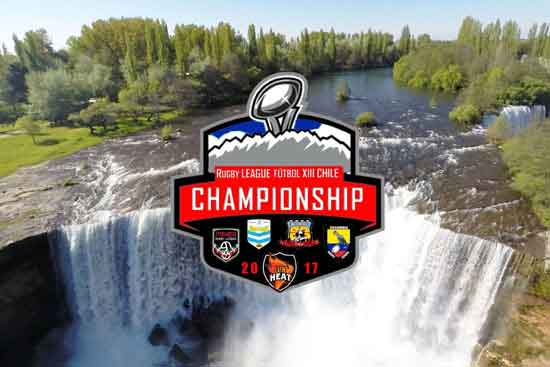 Argentina, Brazil and Colombia have announced their squad’s for this week’s Primer Rugby League Campeonato Latinoamericano in Los Angeles, Chile.

From the players selected, only one player – Colombian captain Sebastian Martinez – is an international resident, having been raised in Australia after arriving from Bogota in childhood.

Host Chile will name its 20-man squad in the next 24 hours and is likely to be at least 80 per cent comprised of Chilean residents, with a handful of Australian-based heritage players lending their expertise.

After the various nations have developed largely in isolation, the historic two-day event will be an intriguing gauge on the contrasting development styles and coaching.

The opening day will commence Friday, November 17 at 4pm at Club de Golf 7 Rios on the eastern outskirts of Los Angeles, a city of 150,000 in the Bio Bio Province of Chile.

Argentina plays Colombia in the opening game of the tournament at 4pm, with Chile facing Brazil straight after at 5.40pm.

The second day of the tournament, Saturday November 18, will see a bronze medal playoff at 4pm and the championship final at 6pm, with an intervening female exhibition match between Chile and Argentina.

The week’s events are the first time all four nations have met on Latin American soil in 13-a-side format under full RLIF rules, including limited interchange and documented eligibility.

All teams have been permitted to use a total of 20 players across the two days, but restricted to 17 men in each individual match.

Chile is the only one of the competing nations to already have a world-ranking, having participated in Tests in Australia against El Salvador and Thailand and an unofficial international against Poland.

Lead referee for the tournament will be Chilean-born Juan Perez, a previous member of the Queensland Rugby League elite referees squad.

El Salvador will not participate in the tournament this time around, but will send domestically-based delegates to form closer relationships with fellow Latin American nations.

Roughly 100kg in donated uniforms, balls and boots will be distributed by 13 Latin Heat Rugby League volunteers who have self-funded their way to Chile to assist the staging of the event.

Three weeks of coaching, development and promotional activities have been built around the event, which will also encourage participants and fans to follow the 2017 Rugby League World Cup.

CHILE
Male and Female squads to be announced shortly.