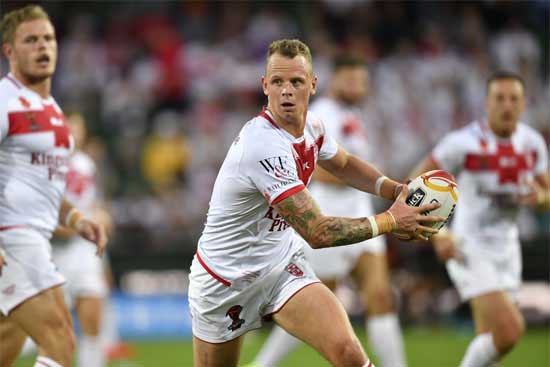 Overview: On Sunday afternoon the last quarter final gets underway when England take on the PNG Kumuls in Melbourne. The English finished second in Pool A while PNG finished top of Pool C.

The English are two from three going into this Quarter Finals clash on Sunday after going down to Australia 18 – 4 in the opening match. England bounced back a week later by defeating Lebanon 29 – 10 and France over in Perth 36 – 6. England’s opening game against Australia was promising and with Bennett pulling the strings England will be looking for momentum going into the finals series. This knockout match against a strong Kumuls team will be a great test. If England win they will book a Semi Final place at Mt Smart Stadium Auckland against either Tonga or Lebanon.

The Papua New Guinea Kumuls are undefeated in Pool C after defeating Wales 50 -6, Ireland 14 – 6 and the USA 64 – 0. The 64 – 0 scoreline set a new record for the most points scored by PNG in an International Test or World Cup. The Kumuls have looked super strong in defence and dangerous in attack during the World Cup. PNG have a good chance of defeating England. If the Kumuls are looking for inspiration they need look no further than their shock win over New Zealand 24 – 22 in Port Moresby in the 1986 World Cup tie. Watch rugby league fans in PNG celebrate if the Kumuls manage to knock England out of the World Cup.

In their only previous World Cup meeting England defeated Papua New Guinea 32-22 in Townsville in 2008. These nations last met in 2010 in a Four Nations clash in Auckland England won 36-10.