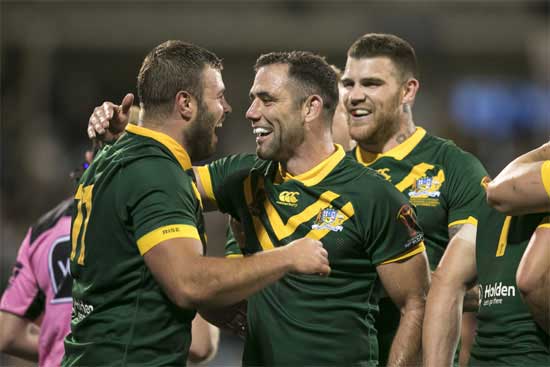 The Australian Kangaroos are looking red hot. They ran over Samoa in Darwin running out 46 – 0 winners. The Kangaroos have been racking up the points but what’s more impressive is they have only conceded two tries so far during this World Cup tournament. The Roos will be favourities going into Friday’s game and will be keen to book their place in the World Cup final.

The Fiji Bati have been really exciting to watch all tournament and are a crowd favourite. They caused a major upset by knocking the Kiwis out of the World Cup with a narrow 4 – 2 victory in Wellington. Now with their eyes set on Australia the Bati are only one win away from a world cup final berth. The one thing Fiji have bucket loads of is belief and that has translated into some outstanding footy on the pitch. Come Friday night expect the Bati to bring their best game to Suncorp.