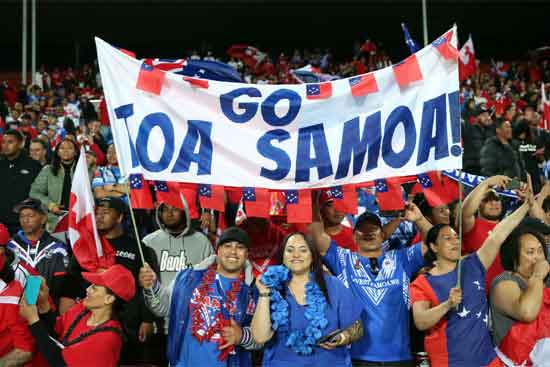 RLWC 2017 is pleased to announce a match between Queensland Indigenous Deadly Roos and Rugby League Samoa Queensland will be played as an official curtain-raiser to the Samoa-Scotland World Cup game at Barlow Park, Cairns, on Saturday (11 November).

The match, which is supported by the Arthur Beetson Foundation, will kick off at 1.15pm AEST ahead of the Rugby League World Cup clash which will decide whether Toa Samoa or the Bravehearts advance to the quarter-finals as the third-placed team in Pool B.

Former Dally M winner Preston Campbell, who was the driving force behind the NRL All Stars concept and the inaugural captain of the Indigenous All Stars, will coach the Deadly Roos, along with 2015 Queensland Cup premiership winning captain Kieron Lander.

Both teams will feature some of the best emerging talent in Queensland, while Samoa have also included four players from the island nation for the experience of playing before World Cup crowds and associating with the Toa Samoa team.

In addition to the game, the Deadly Roos will be helping to deliver the Deadly Choices program about healthy lifestyles during visits to local indigenous communities in Cairns, including Yarrabah at 2pm tomorrow (Friday, 10 November).

“This is about more than a game of Rugby League, it’s an opportunity to deliver messages about better outcomes in health and education for local Aboriginal communities,” Arthur Beetson Foundation chairman Steven Johnson said.

“At the same time, some good young North Queensland talent get an opportunity to perform on the big stage and really engage with the Rugby League World Cup.”

The Australian Kangaroos have aligned with the Institute of Urban Indigenous Health’s Deadly Choices program during the World Cup to promote the importance of exercise, education, school attendance, quitting smoking and regular preventive health checks in indigenous communities.

Johnson said the importance of promoting the Deadly Choices health objectives in Indigenous communities was highlighted at the recent Queensland Murri Rugby League Carnival, in which all players are required to undergo compulsory health checks before playing.

“One in five persons presents with symptoms that can lead to Type II diabetes and at our recent Queensland Murri Carnival one young man’s life was literally saved when the blood tests taken as part of his health check to play in the Carnival detected a severe heart condition,” Johnson said.