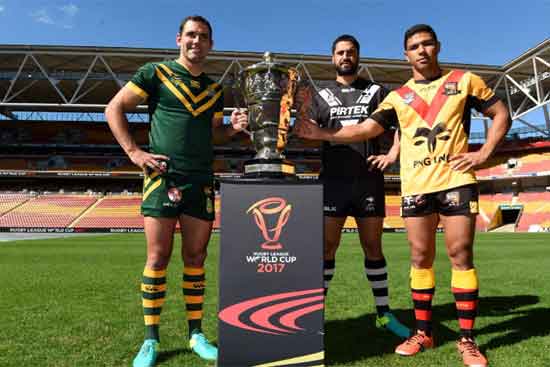 The Rugby League World Cup 2017 this week welcomes FloRugby https://www.florugby.com/events as a new broadcast partner, extending the tournament’s global reach to almost 150 countries and a potential audience of more than 160 million viewers, with the addition of Canada, Uruguay, Chile and most of Asia.

With Canada co-hosting the 2025 World Cup, FloRugby was delighted with the opportunity to be involved with the 15th version of the tournament, which enters the third and final pool stage this weekend.

In Australia, matches are broadcast on the Seven network, while fans in the United Kingdom and Ireland can watch the tournament on BBC Sport and Premier Sports.

In New Zealand, which is co-hosting RLWC2017, matches are televised by Sky Sport, while EM TV is broadcasting the tournament in Papua New Guinea, where the Kumuls play their three pool games against Wales, Ireland and USA.

Fiji TV and Digicel will broadcast games in the Pacific, including Fiji, Samoa and Tonga, who have all named strong squads for the tournament, as well as Cook Islands, Nauru, Niue, America Samoa, Solomon Islands, Tuvala and Vanuatu.

In the United States, Fox Sports will broadcast matches to an audience of up to 85 million viewers, while BeIN Sports will show all matches in France.

RLWC2017 will also be broadcast in 26 countries in the Middle East, including Lebanon, on OSN Sport, while viewers in another 55 countries in Africa can tune in on Kwese.