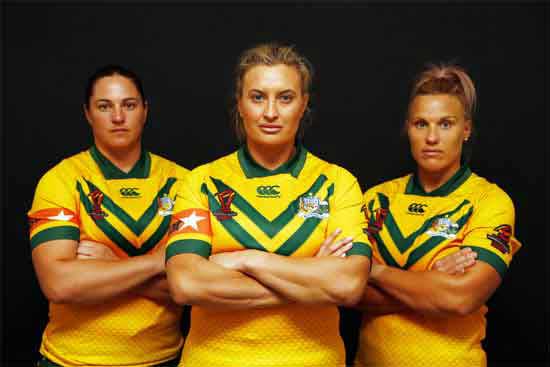 Ruan Sims, Steph Hancock and Renae Kunst will all help steer the team’s campaign as joint-captains, having all captained the national team in the past.

Mr Donald said the trio deserved the position as equal captains for the World Cup and would bring a huge amount of experience, having played a combined 35 Test Matches for Australia.

“Ruan, Steph and Renae are part of our broader leadership team and have been stalwarts of our game for a long time,” Mr Donald said.

“The World Cup campaign is like no other that we play and with 15 World Cup debutants this time around, the coaching staff made the collective decision to ensure that there was as much leadership amongst the team as possible.

“I expect that all three captains will be leading on their own on field at one point or another – and when they are out there together, our team will gain even greater benefit.

“It’s a huge honour to lead your country and I know that our captains take this position on with humility and respect, along with a team-first attitude.

“That’s what we expect from our leaders and that’s what our entire team is based around.”

The Jillaroos commence their World Cup campaign against the Cook Islands next Thursday (16 November) at Southern Cross Group Stadium in Cronulla.

Tickets to the Women’s Rugby League World Cup tournament are available from www.rlwc2017.com with prices starting from $10 for triple header pool matches.

Those 15 years or under and concession holders can gain entry for free to women’s pool matches.

Tickets to the doubler-header Final in Brisbane can also be purchased from the Rugby League World Cup website, with the cost of a ticket covering both the men’s and women’s matches.

All women’s World Cup matches will be shown live across the screens of Channel Seven. Check your local guides for further details.