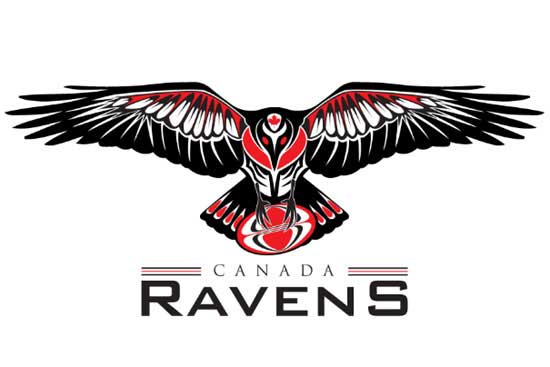 As the kickoff of the Women’s Rugby League World Cup draws nearer, the Canadian team has arrived in Australia to prepare for its first ever tilt at the international showpiece for the women’s game.

The Ravens’ story is an interesting one. Women’s rugby league is virtually brand new to Canada, in fact it was only earlier this year that it started to take shape.

Most of the players on the squad have rugby union backgrounds and it has been a reasonably steep learning curve for them to pick up the nuances of league, but head coach Mike Castle says they have adapted well so far.

“We obviously have a number of accomplished rugby union players such as Mandy Marchak and Andrea Burk who are no strangers to playing on the world stage after playing in multiple World Cups, including a Grand Final in 2014,” Castle told RugbyLeaguePlanet.

“We also have a whole host of young athletes such as Fedelia Omoghan and Megan Pakulis who have shown some real potential. It’s exciting times.”

Initially, the Canada Rugby League Association circulated an expression of interest form and pushed it out online to gauge how much interest there was for women’s league.

Training sessions were held in cities across the country including Vancouver, Victoria, Calgary, Edmonton and Toronto, followed by a handful of small 9’s tournaments and exhibition games.

Invitations were then extended to 34 players to go into camp in Vancouver in October and they played two games against Australian touring side the Corrimal Cougars from Wollongong. That series was split 1-1.

From there, the CRLA finalized the 24 players who will compete at the World Cup.

“There’s a really positive feeling within the squad,” continued Castle. “There’s no denying that this is going to be a huge challenge for us, but every player in the squad is excited by that challenge, which is a great sign. We have a great bunch of people.”

The coach expects the Canadians to be competitive despite rugby league being such a new concept.

He says they have some world class, extremely committed and proud athletes, and he doesn’t believe it’s in their nature not to be competitive.

“Yes, we have a lot to learn, but so does every team and if we can do the simple things well we’ll be good,” he added.

“My expectations on the team center around our own effort, improvement and enjoyment. If we prepare well, work hard and have fun whilst we’re doing it, we’ll put ourselves in the best position possible to be successful.”

The Ravens have a warm-up game against a Queensland Maori side Friday night at Southport on the Gold Coast.

Their first match of the WRLWC will be against New Zealand.