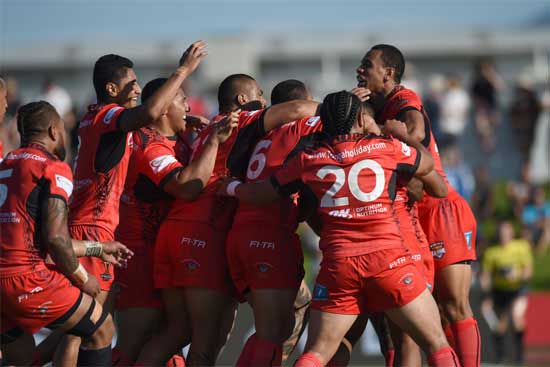 Woolf has brought in Warriors’ pair Solomone Kata and David Fusitu’a for the important Pool B match.

Tonga put in an impressive first-half performance against Scotland on Sunday, leading 38-0 at halftime.

But Woolf said he was looking for some improvement after a quiet second half that finished the match at 50-4 against the Scottish team.

“To be facing such traditional rivals as Toa Samoa in a World Cup match is a huge occasion,” he said.

“We showed some good things against Scotland, but also demonstrated we have a lot of hard work to do yet.

“I am keen to have a look at both Solomone and David this weekend in what will be a very big game for both the players and the Tongan and Samoan communities here in New Zealand.”

Kata will replace Konrad Hurrell in the centres, while Fusitu’a will come on to the wing for Manu Vatuvei.

Ukuma Ta’ai, who had an injured calf last week, also comes in as 18th man.