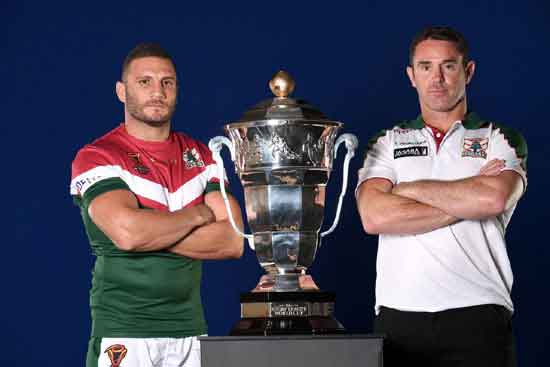 This is going to be a cracker of a game. We have two teams who on paper look evenly matched.

French Rugby League teams the Catalan Dragons (Super League) and Toulouse Olympique (Championship) supply most of the players for the French Squad.

Captain Theo Fages who plays for St Helens in the Super League will partner with William Barthhua from Toulouse Olympique in the halves. This should give the French some good attacking options.

The Les Chanteclairs will field one of their strongest teams in recent times. They will need to win this match to make the quarter finals with Australia and England also in their Group.

The Lebanon team will be led by Captain Robbie Farah and Vice-Captain Mitchell Moses. The Cedars will also have NRL veteran Tim Mannah who will take the lead up front.

The rest of the squad is mainly drawn from the NRL, NSWRL and Bankstown rugby league competitions. This will be the 2nd time the Cedars have played in a Rugby League World Cup after running around in the 2000 series.

With NRL legend Brad Fittler coaching the Cedars they won’t be short of a game plan when they tackle the French in Canberra.