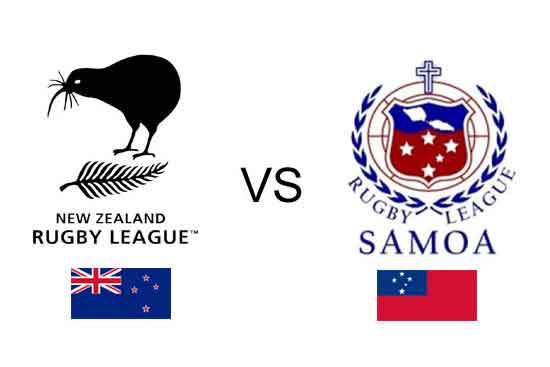 The Kiwis go into this match as favourites against Pacific rivals Toa Samoa. New Zealand might have had a few players jump ship but still have a pretty strong line up and will be thereabout come semi-final time.

With Shaun Johnson calling the shots and Tuivasa-Sheck back on the field the Kiwis will have plenty of attacking options. Captain Adam Blair will lead the Kiwis from up front against a pretty sizable Samoan pack.

The Kiwis should top their pool but Toa Samoa will have other ideas.

The Samoan Team have been getting stronger on the back of the mid-year Pacific Cup competition. This has allowed Toa Samoa to build team spirit and improve combinations.

The bookies are giving Samoa a twelve and a half head start in this match. Samoa have powerful forwards like Frank Pritchard and Junior Paulo leading up front.

Samoa’s weakness could be in the backs where they will find it hard containing the New Zealand attack.

Rugby League fans should tune into this game early to catch the two nations go head to head in their respective war dances.