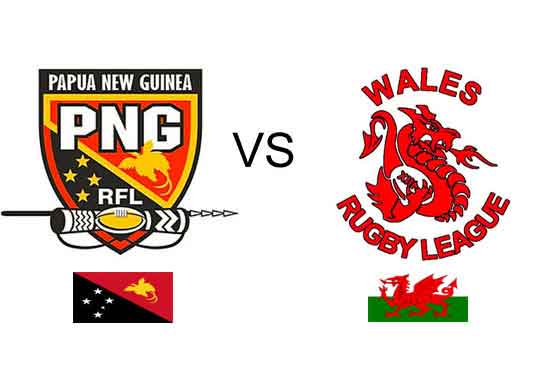 Overview: Papua New Guinea will have the home advantage when the Kumuls take on Wales in Port Moresby on Saturday the 28th of October. The Kumuls held their own in a 40 minute hit out against the Kangaroos in Suva and also defeated Fiji in the other 40 minute match. The PNG squad look strong with a host of players running around in both the NRL and Super League along with PNG Hunter players who just won the Intrust Super Cup competition for the first time.

Wales haven’t travelled to the other side of the world just to make up the numbers. The Welsh are coming to Australia to win and will have a hostile first game when they meet PNG in Port Moresby. The Welsh team have a mixture of players from all 3 levels of the UK rugby league divisions. With some Super League talent in their ranks the clash against PNG should be a close affair.