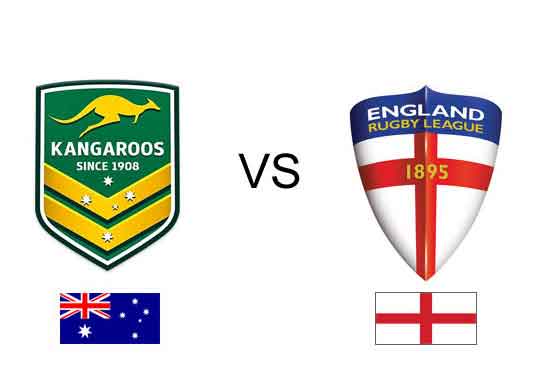 Overview: With a rivalry dating back over 100 years the opening game of the 2017 RLWC will see two old foes meet once again in Melbourne.

Over the last few decades England have talked themselves up before every major rugby league tournament before falling short disappointing both the international rugby league tragic’s and the fans back home. This time the vibe coming out of the England camp seems to be different. The English have been laying low which is not surprising with new Super Coach Wayne Bennett at the helm. Could we finally see an England team that leaves the talking up to the media while they put in 100% on and off the field? England need to get off to a flying start and the only way to do that is to overcome Australia in Melbourne on the 27th of October.

The Kangaroos like most World Cups will walk into this game as red hot favourites to take out England and the 2017 Rugby League World Cup overall. With the most successful State of Origin coach in History Mal Meninga now onboard as Head Coach, Australia are in the box seat. The team could make up most positions in a World’s Best XIII team. The only danger for the Roos is complacency. England will need to bring their best game for an upset to happen.