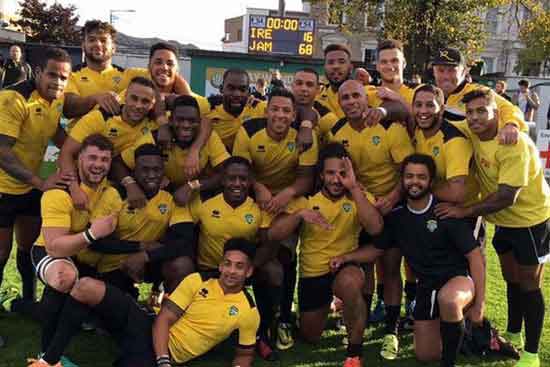 It will be the first time the nations have met, with Les Tricolors using the clash as a warm up for their 2017 World Cup campaign, in a group that features hosts Australia, England and Lebanon.

Included in the squad for the first is full-back Ashton Golding who was 18th man for Leeds Rhinos when they won the Super League Grand Final last weekend. The party landed in France last night after an 11-hour journey following an air traffic controllers strike in France that delayed their departure from Manchester.

JRLA director of rugby Romeo Monteith commented: “It was a real strain on the players and management to be sitting around in the airport that long. However, they exhibited extreme patience and are happy to be in France to represent their country.”
“The boys know how big a challenge this will be for us, France are the sixth ranked nation and we are seventeenth. We’re here to continue to show our brand and our ability and we will be doing all we can to ensure the French know they have been in a good game.”

Jamaica won their last international in August against Canada with 16 of the 17 players drawn from its domestic leagues. This time, all 20 players selected are from the English professional leagues.