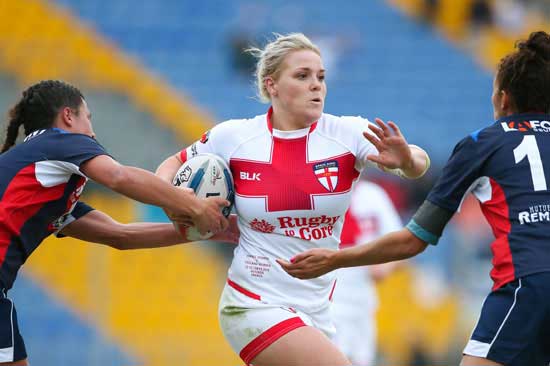 Goalkicking full-back Katie Hepworth is Castleford Tigers’ only player named in the squad and becomes the first women’s player to represent the club in a Rugby League World Cup.

Vice-Captain Jodie Cunningham is one of six recalls to the squad after missing the side’s tour to France earlier this year due to injury.

Head Coach Chris Chapman said, “It’s been extremely tough to select a squad of only 23 players to compete in this year’s World Cup as all players have worked hard throughout the season for England and their respective clubs.

“We appreciate it is a big challenge against experienced professional players and it is one we are all looking forward to.

“It is a task that we believe we can achieve and all the players and staff have been working hard to ensure we are the best prepared team.”

The squad will fly out to Australia on Friday, November 10 and will play three pool games at the Southern Cross Group Stadium, Sydney against Papua New Guinea Orchids, Australian Jillaroos and The Cook Islands.

Fixtures for the tournament are as follows:

All the above fixtures will be played at the Southern Cross Stadium.