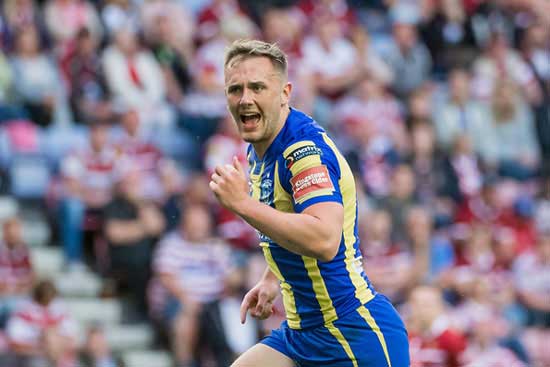 Head Coach Wayne Bennett has today selected the 24-man squad that will represent England at the 2017 Rugby League World Cup.

Betfred Super League Grand Final winners, Kallum Watkins and Ryan Hall are included. Between them, the experienced Leeds Rhinos duo have 52 international appearances. Hall debuted in 2009 and has gone to score 32 tries in 32 games. Watkins made his 20th appearance in May against Samoa.

Warrington Wolves’ Ben Currie is one of two (Walmsley) uncapped players called up by Bennett. Currie was selected in 2015 for the New Zealand Test Series but never picked in the starting 17.

St Helens hooker, James Roby also returns to the squad. Last featuring against New Zealand in 2015, this will be the 31-year-old’s third World Cup after representing England in 2008 and 2013.

The 24-man list features 18 players that travelled to Sydney in May for the mid-season Pacific Test against Samoa – a game in which England won 30-10 and saw tries from Ryan Hall, Jermaine McGillvary, James Graham, Josh Hodgson and Stefan Ratchford.

On the squad, Wayne Bennett, said: “Selecting the final 24 with the help of my coaching staff was tough and that was down to the effort and performances of many players throughout the season.

“The competitiveness of Super League and NRL and knowing the goal of playing for your country in a World Cup has made many raise their game and become better athletes.

“The England programme has been very active leading into this tournament and having the squad meet up on regular occasions – on and off the field – has put us in a positive place before everyone gets into camp.

“We had to put the disappointment of the Four Nations behind us quickly and the meetings that followed that tournament set out what was required to be successful in the World Cup. Everyone has fully bought into this and we can’t wait to get started.”

On the World Cup, Bennett, added: “This is shaping up to be a very competitive tournament. Squads are being confirmed now and it’s clear to see the spread of talent will add to some exciting games.

“The organisers have been doing a fantastic job in generating excitement in Australia, New Zealand and Papua New Guinea.

“There’s some travel involved but we’re looking forward to spending time in Melbourne, Sydney and Perth during the group stage.”

All of England’s Rugby League World Cup matches will be broadcast live on the BBC.