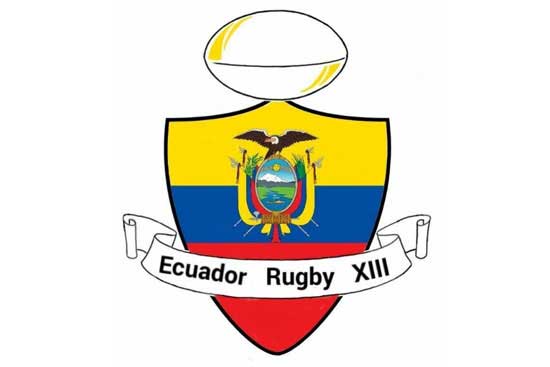 Our next Latin American nation we take a look at this week is Ecuador.

Like most of the current active Latin American nations, Ecuador came as the direct result of the Latin Heat Rugby League and one of its co-founders, Matthew Brown.

After being inspired by his passion for both Rugby League and Latin American culture, Matthew thought it would be great if the sport were to begin in Latin America.

In 2013 after researching online he came across a person with similar ambitions in Brisbane named Robert Burgin. Robert explained he was attempting to create an Australian based team, which would represent the whole of Latin America in Rugby League. Believing this to be a good idea, Matt decided to get involved and started to help volunteer for the organisation at matches and behind the scenes as well.

Soon after, he met his soon-to-be-wife (who was Ecuadorian) and decided to specifically assist the development of the sport in Ecuador.

In October 2015, Ecuador fielded its first independent team at the inaugural Latino 7s tournament at Cabramatta RLFC. They defeated Colombia 18-0 and lost to Peru 18-0. They then played Colombia in June 2016 and won the Inaugural Copa del Norte against Colombia winning 24-18 over a two-game 7-a-side series at Newtown. Their next appearance would be at the 2016 Latino 9s at Hammondville Oval where they suffered large defeats to Uruguay and Colombia.

Their latest match was a combined Incan team (Nations of the Former Incan Empire) against Sydney University at Liverpool All Saints in February, 2017.

There have been efforts to help commence the sport in Ecuador itself. In 2015, Latin Heat co-Founder Matthew Brown travelled to Ecuador for six months to do just that.

Along with helping to co-ordinate the Australian based Ecuador team for the 2015 Latino 7s, Matthew tried to start the sport up in the motherland. His main achievement was forming a partnership with Touch Rugby Ecuador. Since Rugby in general is small in the country, it was rationalised that the two organisations working together made sense. Coincidentally, Matthew met one of Ecuador’s future Rugby League players (Scott Correa) while playing Touch Rugby in Quito.

When he got back to Australia, he assisted in forming a Community Partnership with the Australian Ecuadorian Community Association (AECA) and inviting the Ecuadorian Ambassador to the Latin Heat match against Thailand Stars in Canberra in January 2016.

Since then, progress for starting Rugby League in Ecuador has been stagnant. It is hoped that a domestic competition will begin in time for the 2021 or 2025 Rugby League World Cup qualifiers (which is a pre-requisite for any national team wanting to compete in a World Cup). With Ecuador’s Latin neghbours such a Mexico, Colombia, Brazil, Argentina and Chile taking up the sport, it is hoped that future international fixtures with Ecuador’s neighbours could occur.