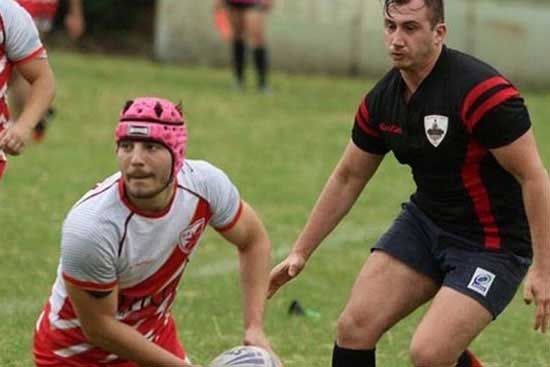 Each team played the other in matches over 20 minute halves with the more experienced Serbians coming out on top. They had to come from behind to defeat Pernik 24-10 after having trailed 10-8 at the turnaround, and defeated Sofia 36-6.

In the derby to finish the contests, Pernik – willed on by the vociferous home crowd – defeated Sofia 28-8 to crown a tremendous day, backed by the Municipality of Pernik.

It was deemed such a success that Red Star president Željko Delić confirmed afterwards that the Perun Cup would become an annual tournament, after all the teams agreed to return next year.

“We are thankful for the invite, it was a great trip and a very useful test for our team in preparation for the second half of the Serbian domestic season.” said Delić. “Serbian Rugby League has a task of helping to develop neighbouring countries and, in the future, we are hopeful that this tournament will attract more teams.”

He also confirmed that Red Star has brokered a future rugby league club in the Serbian border town Dimitrovgrad, which will be established by both the Serbian and Bulgarian federations.