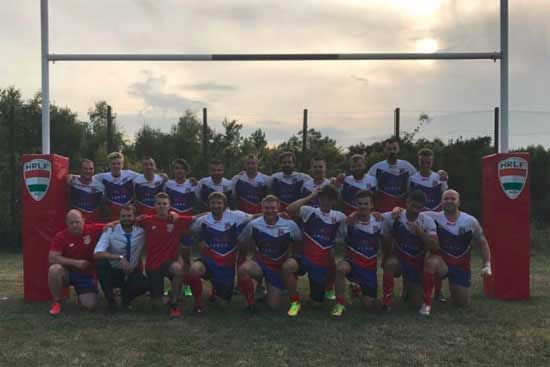 Two tries in three minutes at the start of the second half saw the Czech Republic emerge triumphant, 26-6, against Hungary at the KFKI Sporttelep in Budapest.

Centre Martin Košťál and second rower Richard Gach did the damage after the break, the visitors running in five tries in all in the first official Test match between the nations.

“The game gave us an excellent opportunity to bring through new players and expose them to a higher standard of rugby league,” said Czech assistant coach Petr Šedina. “All six debutants have made us proud of their efforts. The Hungarians fought until the end and earned our respect for the way they contested for 80 minutes. We thoroughly enjoyed ourselves in Budapest and look forward to welcoming them in less than a month.”

Winger András Nemes crossed for a late, deserved consolation for the hosts.

HRLF official and player Zsolt Luakcs noted: “It was honour to host the Czech Republic on the day of the sixth anniversary of Hungarian Rugby League. Our history started with them and this was another milestone, to play the first fully sanctioned international between us.

“We see them as a model of healthy domestic development. I hope that our cooperation at club and international level will boost not only our nations but will be a good example for other European nations.”