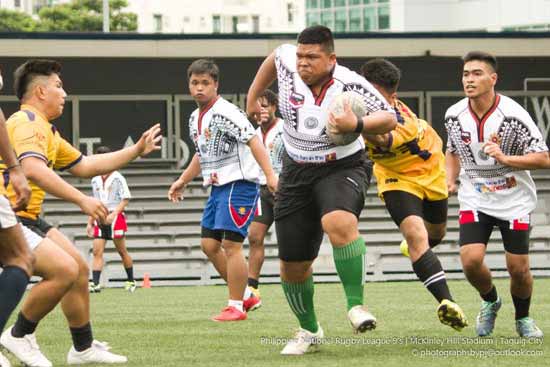 The Greatest Game of All – Rugby League reached another milestone in the Philippines, with players from the Batangas Eels, Hunters and Manila Storm taking more local responsibility for the sport with the organisation of the inaugural Avida Rugby League 9s.

“It was a great day for the 9s tournament out at McKinley Hills Stadium, it was exciting and rewarding to watch these teams come together and play Rugby League. We handed out our newest team their Eels donated jerseys.

The Final Trophy match was between the Manila Storm and Batangas Eels.

The game had everything you would want in a final. The Eels came out on fire scoring 2 quick tries then Manila fired back with 2 of their own. The Eels then scored twice to go to half time with a 21 to 13 lead.

The second half got even better with the Eels scoring first going out to a 29 to 13 lead. Then things turned as the Manila Storm scored 2 quick tries getting back within a try of their rivals.

After some scrappy play the Eels found themselves crossing over taking the score to 33 to 29. With a couple of minutes to go the Eels looked to have it wrapped up but the Storm scored 2 quick tries in the last 2 minutes to take the title.

Big thanks to all the players in all side for playing in these really hot and humid conditions. Dennis and I are so proud of all of you and can’t wait for season 2 to commence.”

The PNRL would like to thank our sponsor Avida Land Corp for supporting the development of “the Greatest Game of All” in the Philippines through their backing of the 9s tournament.