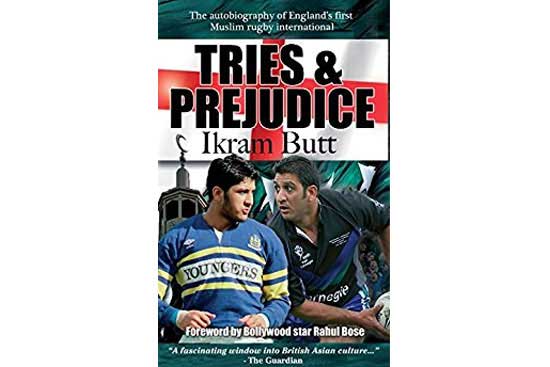 The autobiography of England’s first Muslim rugby international has been released free of charge on Amazon in the wake of the recent terrorist atrocities in Manchester and London.

Ikram Butt, who played Rugby League for England as well as rugby union for Pakistan, has worked tirelessly over the past 13 years to build bridges between communities through a number of organisations including his own BARA (British Asian Rugby Association).

His hard hitting yet entertaining autobiography ‘Tries and Prejudice’, co-authored by Tony Hannan, is available to download for Kindle without cost. It covers his life in professional sport and challenges faced away from the pitch growing up in Yorkshire.

Ikram explained: “As a Muslim living in Britain I was disgusted and saddened by the attacks in Manchester and London. In my work over the years in using sport to unite communities it’s clear that we have to find common ground between ourselves.

“Our similarities will always far outweigh our differences and bringing people together of all backgrounds and faiths using sport does work. I have seen it time and time again and we must persist down this path.

“Practical measures must be taken to mitigate the chance of radicalization by getting young people involved in activities that build bridges. Sport can achieve so much in this respect if the political will is there,” added Ikram, widely recognized as one of the most influential British Asian role models and recipient of an honorary doctorate from Leeds Beckett University as well as a Fellowship from Bradford College for using sport to change people’s lives.

Ikram carries out ambassadorial duties for the British Asian Trust and Mosaic, both founded by HRH Prince Charles, kick It Out, footballs equality and inclusion campaign, as well as being a leading voice in the White Ribbon Campaign aimed at raising awareness of abuse by men against women and girls.

Ikram’s book ‘Tries and Prejudice’ can be downloaded here: http://www.amazon.co.uk/Tries-Prejudice-Autobiography-Englands-International-ebook/dp/B018W7XUA4/ref=sr_1_2?s=books&ie=UTF8&qid=1496648648&sr=1-2&keywords=tries+and+prejudice … 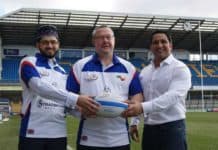