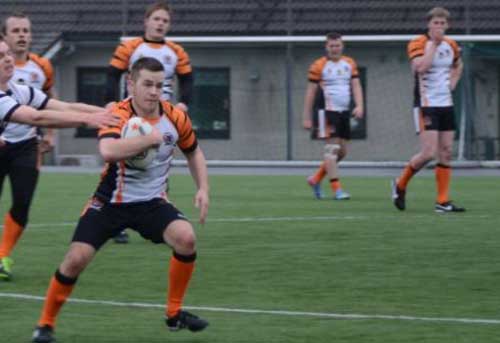 The Rugby League Norge 13s Championship kicks off on Saturday 6 May, with seven clubs competing to win the Grand Final on 28 October.

The four-team Southern Conference includes newcomers Stavanger Storm along with Sandnes Raiders, Flekkefjord Tigers and Porsgrunn Pirates. All have been competitive in pre-season action and will meet home and away, with the top two progressing to the semi-finals.

There, they will meet the top two from the Northern Conference, which houses defending champions Trondheim and 2016 beaten finalists Bodø Barbarians, as well as oldest established side Oslo Capitals.

The Southern Conference is spread over 400 kilometres from Stavanger in the west to Porsgrunn in the Telemark region to the east, but they are relative neighbours compared to the northerners, with Oslo and Bodø separated by 1200 kilometres.

“After a successful campaign in 2016 we are seeking to lift the championship to the next level,” said RLN official Kim Andre Seglem. “Work is underway to bring in an eighth team to the 2018 campaign as well as other expansion projects, including youth development.

“The level of skill is improving at a rapid pace, while the national team training sessions along with pre-season tournaments are showing results in terms of the players’ decision-making and competitiveness.”

Sandnes Raiders will travel to Porsgrunn to get the competition underway, the day before Norway’s U19s national side play the country’s first ever youth international against Serbia U18s in Oslo, in what is promising to be an exciting opening weekend.

Last season, RLN recorded a 35% increase in the number of registered players and the organisation is confident that it is set to rise again this season.