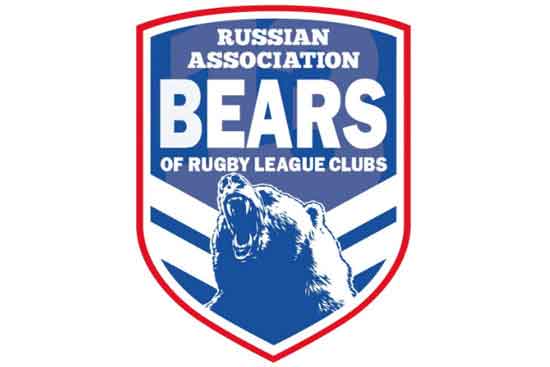 Re-formed and rejuvenated, the Russian rugby league championship is set to kick off this weekend when CSKA Moscow play Sparta from historic cathedral city Kostroma, situated 330 kilometres north east of the capital, in the Centre Conference.

Nine clubs spread over two conferences will start the campaign, many of those involved returning to the sport. Five will play in the Centre; defending champions Moscow Magicians, Vereya Bears and Muscovites Spartak, led by one of Russian rugby league’s earliest leaders, Aleksandr Kolikov, the others.

The Urals Conference, a mountainous region roughly 1500 kilometres east of Moscow separating the European and Asian parts of the country, comprises of Vityez based in Perm, who are joined by newcomers Ural from Ekaterinburg – Russia’s fourth largest city – Bersek from Chelyabinsk, and the eastern-most outpost, Rugby Club Adrenalin in Tyumen, coached by ex-Lokomotiv Moscow back Igor Gavrilin, who played for Russia in the 2000 Rugby League World Cup.

There is also a separate student competition continuing in Rostov-on-Don to the south.

The Russian championship has been pieced together after long months of consultation and negotiation by Denis Korolev, chairman of the Association of Rugby League Clubs (ARLK), which has led to the new-look competition based also on historic ties.

“2017 is a new stage in the development of rugby league in our country,” Korolev said. “We hope that all the changes in the Russian rugby league community will see the level of the championship, on and off the field, grow year by year. This season will be a good indicator of the state of the game in Russia and what other developments are needed.”

Evgeny Orlov, coach of Sparta, added: “We are seeing the sport becoming increasingly popular in Russia. I played it during my studies at the military institute in the Kostroma region and am thrilled to come back to it now the opportunity is here.”

Both conferences will see home-and-away fixtures, with the top two from each qualifying for the finals series in the autumn, the leading duo then advancing to the Grand Final. ARLK is also attempting to create a student league among interested Muscovite universities and will organise Nines tournaments.

The Technical Portal, which has been part-funded by the RLIF and the European Union’s Erasmus+ programme, will be fully operational in Russia by the first week of May, representing the biggest commitment to Russian-speaking participants in the field of technical education the sport has ever made.