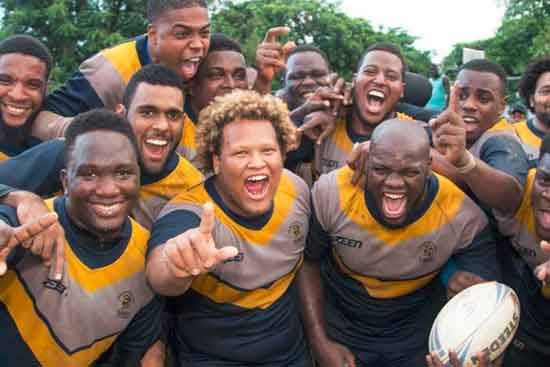 There was a huge upset in the Grand Final of the Jamaican Inter-Collegiate Championship when four times champions Mico University College Crocs were beaten for the first time in 2017 by University of Technology at the Alpha Boys Institute.

Jermaine Smith was named MVP for his tenacious defence throughout, Mico’s only try coming in the 76th minute from loose forward Antonio Baker.

Winning Coach Ricardo Bramwell credited victory to hard work and determination: “We expected a close contest and figured it would come down to possession and the hungrier team,” he said. “We needed this victory, came out attacking, got them on the back foot and kept them there, this means everything to the players and school.”