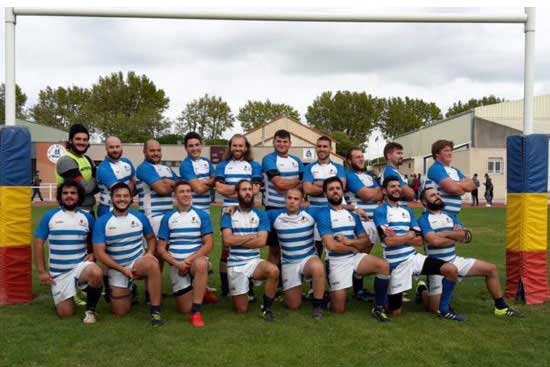 Italian rugby league club Saluzzo Roosters have completed their debut season in French competition, celebrating by winning their final match of the campaign.

The town, situated in the north west 40km from the French border, played in the French Federation’s Provence Alpes-Côte d’Azur championship and completed their season with a 26-16 victory in the final match against St Martin XIII, triggering euphoric scenes in the Centro Sportivo di Manta.

Elio Giacoma, coach of the Roosters, was ecstatic after leading his side on an unprecedented journey, labelling it, “a wonderful adventure.”

“I am so proud of my boys,” he said. “We ended the season with an unexpected victory. We took so many risks with this decision and were aware of all the difficulties to start a new life in rugby league. We invested lot of time to start this new adventure but we had great return, not just with the final weekend victory, but the whole region answered our call and supported us.”

FIRL and the club began negotiations with FFRXIII in August 2016 and the Roosters lost their first match 50-10 against Caumont last November but noticeably improved despite some heavy defeats.

“We started this project with humility knowing the hard work we had to do,” continued Giacoma, “Our goal was to create a stable club in the rugby league world and to grow. Having new players on board such Gioele Celerino and Mirco Bergamasco [both Italian internationals] can only help our development. We saw lot of interest in us, not just from the media, but from sponsors, the public administration, fans – it shows us we are going are on the right path. We want to thank both federations, France and the Federazione Italiana Rugby League, for this big opportunity and for all support they gave us during this season.”

FIRL vice president Tiziano Franchini, who played in France with Chatillon and then Corbeille, offered his congratulations for Saluzzo’s first season in new waters. The side originally played in the Italian domestic competition as the North West Roosters, joining in 2013.

“It is a great moment for the Italian rugby League movement,” he said. “We are very proud of what the Roosters have achieved and thank all those involved in this project, especially to Elio Giacoma who is the soul of the club. Our aim as a federation is to have at least 20 people like him involved to continue to expand rugby league in Italy.”