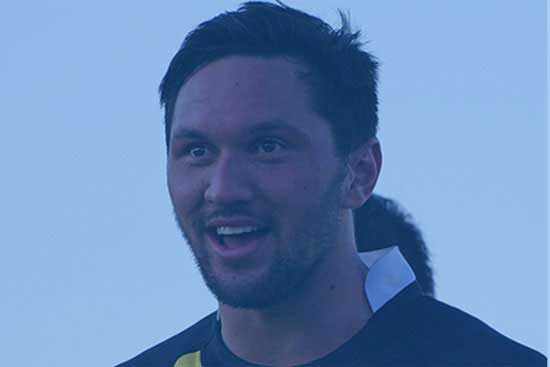 There are fascinating stories throughout the NRL, but none are more gripping than that of Jordan Rapana.

Having worked his way back into the sport after a near-five-year break, the 26-year old is now one of the most exciting wingers in world rugby. The Raiders man really announced himself on the scene last season by finishing as the NRL’s joint top scorer, racking up 23 tries in 27 appearances. While some claimed Rapana’s remarkable campaign would be a one-off, the winger has started the new season just as he finished the last one, scoring seven tries so far.

Starting the game against the Gold Coast Titans, the club Rapana signed for as a teenager, the winger stormed his way to a hat-trick in the first 25 minutes. Playing in a team sitting in the top half of the NRL ladder and looking like a decent shout to reach the finals, Rapana’s prolific start to the new season is very encouraging for Raiders fans still stinging from last year’s disappointments. After making it through to the preliminary finals, Canberra fell painfully short, losing 12-14 to the Melbourne Storm.

While he didn’t end up making the Grand Final, Rapana’s season was still a memorable one, especially considering his journey to that point. Having come through the Gold Coast’s prestigious Palm Beach Currumbin school, Rapana made his NRL debut with the Titans in 2008 before leaving the club in order to undertake a two-year Mormon mission. After a brief spell in rugby union after his spell away, the winger moved to Canberra in 2013 before earning a contract with the Raiders back in the NRL.

Ricky Stuart’s men have looked extremely strong in recent weeks, recovering from a poor start to the season that saw them suffer back-to-back defeats in their first two games of the year. With betting odds of 5/1 with bet365 to go all the way this year, it’s obvious that many expect the Raiders to start putting together a winning run and show just what they are really capable of. With Rapana in this sort of form, though, the Raiders know they have as good a winger as there currently is in world rugby; a powerful runner who can finish.

For Rapana himself, he is well on his way to proving he is very much the real deal. After earning a call-up to the Kiwis squad for the Four Nations, the winger enhanced his growing reputation by scoring three tries and looking at home on the international stage. As well as keeping his place in the New Zealand setup, the 26-year old will be hoping to get close to his tally from last season, something he is well on the way to doing.

After taking an unorthodox route to this point in his career, Rapana is certainly making up for lost time now, and the Raiders’ decision to sign him is looking smarter by the day.