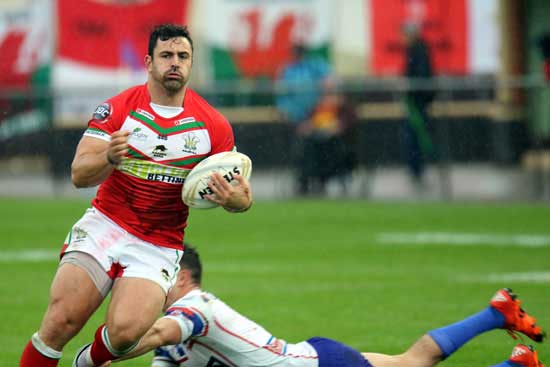 Wales Rugby League’s senior team’s preparation for the 2017 Rugby League World Cup in Australia has been given a significant boost by Sport Wales who have allocated funding support from their performance budgets to the National Governing Body for the first time in their history.

Prior to this year, Sport Wales have only allocated funding towards Wales Rugby League’s community, governance and coaching programmes, all of which will continue to be supported.

A delighted Wales Rugby League CEO Chris Thair said: “We would like to thank Sport Wales for believing in what we are trying to achieve. The total investment from Sport Wales into Rugby League this year is the highest ever recorded and marks a 47% increase compared to last year’s grant so we are naturally delighted with the outcome.

“The reason for the increase is down to the additional National Performance support from Sport Wales’ Elite Sport lottery funds. We understand this is a special one off from Sport Wales as it is World Cup year and as current European Champions they recognise the progress we’ve made both on and off the field.

“The additional performance funding will be put towards a pre-tournament training camp in North Wales requested by Wales head coach John Kear and travelling to the World Cup two days earlier to help the squad climatise before their crucial first game against Papua New Guinea.

“The Sport Wales investment into Wales Rugby League is around 15% of our total turnover, however it looks after our very core activities which in turn help generate everything else we do. This funding, along with that from the Rugby Football League, is vital to ongoing success of Wales Rugby League.”

WRL Chairman Brian Juliff said: “This investment will certainly help our chances in the World Cup and we thank our partners Sport Wales for their ongoing support. The management team should take great in more than doubling the investment levels from Sport Wales in the last five years compared to the previous five. £308,000 from 2013 to 2017 compared to £133,000 from 2008-12 is a rise of 131%. We are going in the right direction, the sport is making good annual progress and this news is a timely boost in a very significant year for the sport.

“The level of Sport Wales investment into Wales Rugby League is still very small when compared to other sports in Wales and even smaller when compared to our English neighbours. However our challenge is to continually improve and help increase participation levels beyond the current 1,600 club players. We feel we are doing that and the sport is making good progress.”

Wales’ next game will be away against Papua New Guinea in the 2017 Rugby League World Cup starting in October. Wales enter the tournament six games unbeaten and as current European Champions and have some mouth-watering opposition in their three opening group games. Click here for a full World Cup fixture list and to buy tickets.

For details on how to sponsor Wales in their World Cup campaign, please email chris.thair@walesrugbyleague.co.uk.