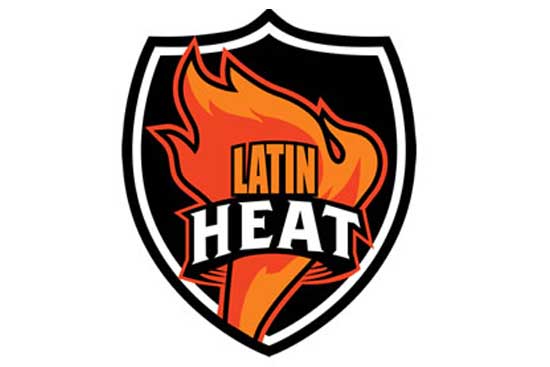 IN THE same week that Marcelo Montoya becomes the first NRL player of Chilean descent, Latin American Rugby League has another big announcement to make.

Multicultural West End in Brisbane will host a rugby league match which puts an exotic twist on the classic State of Origin contest.

Four days before Suncorp Stadium hosts Game One of this year’s Origin series, historic Davies Park will be the venue for an unprecedented clash between the Latino communities of Queensland and New South Wales on Saturday, May 27.

While Australia’s Latino community is more famed for its soccer tournaments and street festivals, a taste for rugby league has become more evident in the past five years.

The teams lining up for the clash at Davies Park will incorporate 24 Latino nationalities and be known as the ‘Sapos’ and ‘Cucarachas’, a translation of the traditional Origin mascots of the canetoad and cockroach.

Interestingly, both creatures have links to South and Central America long predating Origin, with canetoads native to the region, and the song La Cucaracha made famous the world over.

“This is a match our players have been encouraging us to make happen for several years now,” said Daniel Godinez, president of event hosts GYG Latin Heat Rugby League.

“Our priority until now has been to encourage the formation of international teams for the individual nations of Latin America, which has led to three of them becoming world-ranked (Chile, El Salvador, Uruguay) and several others featuring in exhibition games.

“But it seems that State of Origin is so pervasive in the rugby league world that we couldn’t continue to hose down the enthusiasm among our playing ranks, both in Australia and abroad.

“Since announcing the fixture, we’ve had messages from Latino players all around the world, expressing support or wanting to play.”

Home to Queensland Intrust Super Cup team the Souths Logan Magpies, Davies Park is the perfect venue to capture the attention of the community.

“Davies Park is almost as close to the CBD as Suncorp Stadium and we’re big fans of how Souths Logan has embraced multiculturalism in the past,” Godinez said.

“While many people associate the club with Mal Meninga, Wayne Bennett, Bob Lindner and Gary Belcher, they’re also famed for being a front-runner in welcoming Lebanese, Indigenous, Fijian, Greek, Italian, Samoan and Tongan players among others.

“Each year the West End area hosts Fiesta Latina and it’s one of the best places in Brisbane to go if you are a fan of Latino music, food and drink.

“Playing at Davies Park has been an ambition of the GYG Latin Heat for several seasons and we’re delighted to work with the Souths Logan club in making it happen.”

The main match, kicking off at 5pm, will feature a full 80-minute contest between the QLD and NSW Latino sides, played under full tackle rules.

Players will be able to nominate to wear culturally themed maroon or blue jerseys based on where they live, or for heritage players, where they were born, while overseas-based Latinos can nominate for the team they support.

Curtain-raiser tag games (non-tackle) will be played between Colombian and Brazilian teams, and between Latina female teams.

A series of free clinics, including engagement of international schools, will be held in the months leading to the event to teach newcomers the basics of rugby league.

Past experience has proved this is invaluable in helping to spread the game in Latin America, either through players returning home after study, or influencing family members and friends.

GYG Latin Heat aims to encourage mutual appreciation of Latino and Australian culture at all events, and provide a welcoming networking group for Latinos interested in an active lifestyle.