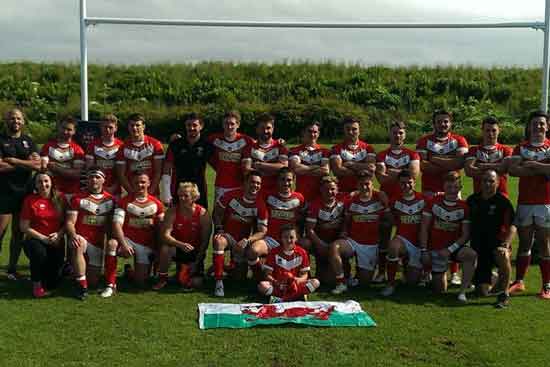 Further to yesterday’s Wales Students squad release, the draw for the Student World Cup in Sydney, Australia is now officially confirmed with Wales playing in the opening game of tournament, taking on Scotland at Ringrose Park in Wentworthville (kick-off 10am local time).

Wales will also take on England and New Zealand in the ten-day long tournament that is being staged near to the Parramatta and Penrith areas of Sydney, with final being held at Pepper Stadium, the home of Penrith Panthers.

Wales head coach Latham Tawhai said: “A campaign like this takes a huge amount of commitment, not only for the training sessions and camps before we leave, but also from a financial side to fundraise the £100,000 it will take to get us there.

“We’ve still got a lot of work to do but we certainly fancy ourselves to give the favourites a run for their money.

“We’d like to thank everyone for all the assistance and support we’ve had so far and hopefully we can do the country proud.”

The 2017 Student Rugby League World Cup will comprise of six sides who have been drawn into two pools using rankings based on how they finished in the 2013 World Cup in England. To keep the regular format of three group games, teams will play the other teams in their pool and one cross-pool game against the side of a similar ranking.

Therefore, the final draw is: