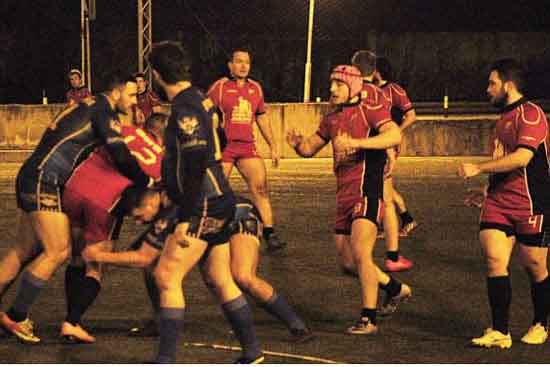 A try by super-sub Saša Mitrović’s in the dying seconds won Serbian champions Dorćol the season-opening Super Cup, as they overcame arch rivals Red Star 32-30 in a thriller at the FK BASK Arena in Belgrade.

“It was a great game, the score could have gone either way,“ said winning skipper Dalibor Vukanović. “It was our team spirit that gave us the push in the end. Winning like this gives you confidence that can be cruical for the rest of the season.“

Red Star levelled soon after but were 16-12 behind at the break, Dalibor Vukanović with the first of two tries in a 16 point personal haul.

At the start of the second half, Stefan Nikolić leveled for the red and whites but Dorćol took control once again, in the space of five minutes the Vukanović brothers adding a try apiece.

With heavy rain falling, Red Star took advantage of the conditions to score three tries, Miodrag Tomić’s brace and Vojislav Dedić’s touchdown giving them the lead for the first time in the 77th minute.

But it was last year’s Grand Final winners who had final the final say, Mitrović the hero, giving Dorćol a second Super Cup in their history.