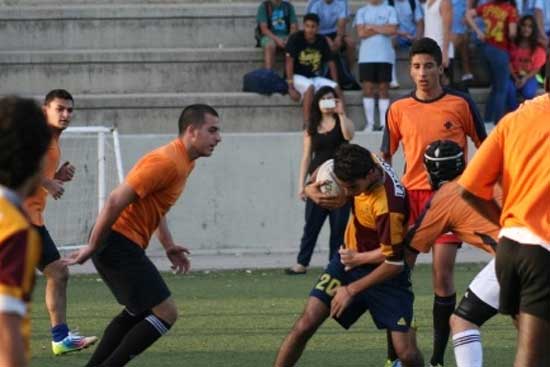 The Lebanese rugby league schools season is set to kick off with seven teams competing, with more lined up to join next year and for an extended nines competition later in the season.

Four sides play in the Mount Lebanon division, which covers Beirut and the surrounding area, and three in the North Lebanon division which is based around Tripoli and Akaar.

Antonine International School are the defending champions in the Mount division and their coach, Roy Taouk, is anticipating an even greater challenge this time. “Last year was a tough one for us due to a strong competitor in St Joseph’s school but we managed to skim through,” he said. “This time, with all the intense pre-season training, I feel we will be more than prepared for challenges that await us.”

Opposite number at SJS, Luk Savadogo is expecting more from his players for the 2017 season. “The guys are even hungrier having come so close last year,” he noted. “It’s going to be a tough season as the team is not the same as before due to students graduating. I genuinely believe the competition is going to be really tight between all the teams.”

Broummana High and last year’s newcomers Notre Dame de Louaize make up the Mount division, and the sides will play each other home and away to be crowned champions and face their northern counterparts for the overall national crown.

LRLF appointed Gaby Haddad, who is also part of the Junior Cedars technical staff, to the Mount competition last season and he is working with three new schools – Besansons, Sabis International and Saggesse – running coaching courses for their PE teachers to prepare them for entry.

The Mount Lebanon campaign kicks off with a double-header . Universite Libanaise stadium in Hadat.

In the North division, Al Malaab High School, Saint Theresa and Kfarhabou will again be involved. The LRLF is seeking to appoint a development officer for that region who will be responsible for expanding and administering the schools competition.