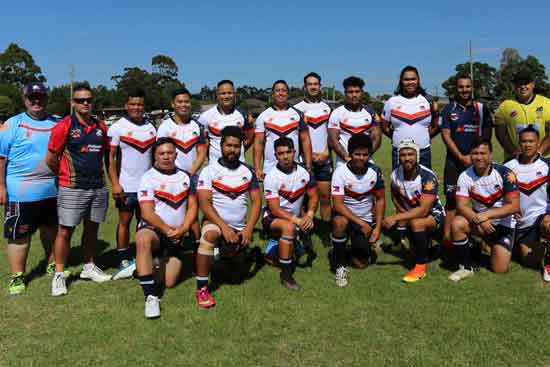 With all of the PNRL’s first line National Tamaraws Internationals standing down form this tournament, to prepare for the historical first Test match against the Malta Rugby League on the 4th of February.

The PNRL’s return to the tournament was made up of new and veteran Filipino-heritage players.

In their return, the Philippines “White” team achieved a credible third place in the Plate trophy rounds of the competition.

“Philippines White had a successful Cabra 9s campaign, although the results did not fall in their favour. The team that had their first full team training session the morning of the tournament showed well executed offensive play, with tries and scoring opportunities in abundance. This team has set the bar for future teams to come.”

The Philippines “White” showed incredible character to regain Philippines Rugby League honour, with their narrow 28 – 24 loss to West Papua in the quarter finals. With missed conversions from side line tries being the only difference. This time last year in 2016 the Philippines Reserve national side the Admirals, lost to the same team 54-8 in a friendly International match, so the turnaround has been profound!

“Philippines Blue played 2 tough games in their pool, Niue and Africa United. Although loosing both games the players showed great determination against much larger opponents. The team improved with every half and upon reaching the quarter finals vs Hungary played some great footy exchanging try for try for most of the game. Unfortunately we were bundled out, but definitely not disgraced. Although not picking up any silverware it was great to ones again see plenty of new faces donning the Philippines Jersey. Particular mention to two 17 year old Juniors Eddie Haas and Jeromy Cairns who I can see moving into senior competition in the not too distant future and the efforts of our 3 New Zealand players; Rene Reitveld and brothers Jericho and John Nicodemus
for travelling to compete”.