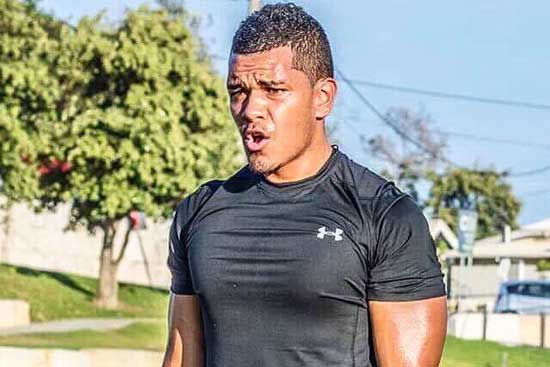 Animal rights activist and proud vegan Matt Cama will be out to show you don’t need to eat meat to compete when the Independent Gaming International Rugby League Nines are held this Saturday, January 28.

Cama qualifies for the team via his mother’s birth in Uruguay – a country famed for its extravagant asados (barbecues).

However the forthright speedster is adamant that he lives a happier life without being carnivorous – and has a budding career as a YouTube personality, personal trainer and motivational speaker, where he endorses healthy lifestyle choices and rails against animal cruelty.

He is the brother of Latino regular top-liner Nicholas Cama, who has had to withdraw from the event due to a conflicting DJ performance.

Others in the frame to debut for the GYG Heat are Colombian Seb Martinez, Ecuadoran Will Gomez, Salvadoran Miguel Gonzalez and Chilean Alvaro Avaria.

He was raised in Bundaberg after arriving from Colombia at the age of 10 and only recently finished a Masters of Physiotherapy.

Outside back Gomez has been a strong performer in the past 12 months for both Ecuador and the Latin Heat Development squad, with his all round game earning him a call-up to the top tier.

It’s a similar story for Tuggeranong Buffaloes utility Gonzalez, who was a standout on a losing side when El Salvador faced Chile in the first 13-a-side match between Latin American teams in 2016.

Youngster Avaria is another rewarded for his efforts, having played a strong hand in Chile’s defence of its GYG Latino Nines title in October.

This weekend’s Nines at Cabramatta will also see the return of two old favourites in Peruvian veterans Jye Sommers and Sean Day.

Both have spent time away from the squad since early 2016 and have not played for the Heat since being part of a 54-16 victory against Thailand Stars in Canberra.