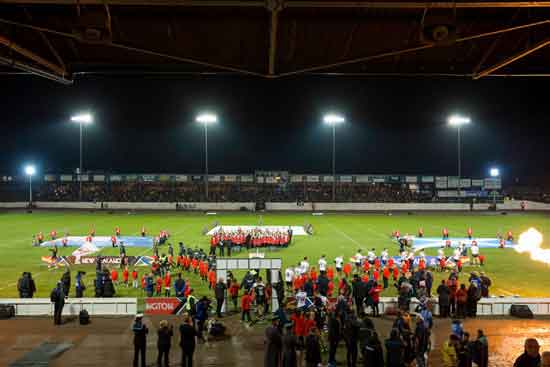 Scotland have drawn 18-18 with New Zealand in Workington, shocking the rugby league world.

Ranked ninth in the world, the Bravehearts were gutsy and determined in holding the Kiwis out in Cumbria.

The Scots led late in the game, and threatened a massive upset, before New Zealand finally rallied. But the match turned on its head again and ended in a dramatic draw after a try to Euan Aitken and the conversion from Danny Brough, right before full-time.

The Kiwis only have themselves to blame after a sloppy performance.

New Zealand may have got the first try, as David Fusitu’a raced away down the flank in the 23rd minute. But Scotland would not be stopped and they responded through a Lewis Tierney four-pointer.

The impressive Lachlan Coote grubbered and Tierney pounced to score.

The score was 6-4 at half-time as the rain rolled down.

Fusitu’a crossed again the second half, taking the Kiwi lead to 10-4. But New Zealand couldn’t control the game, as they made error after error, and the Bravehearts took advantage.

Ben Hellwell crossed the game was tied in the 67th minute. A penalty a minute later from Brough gave the Scots a two-point lead.

Two-quick fire tries from Gerard Beale seemed to save New Zealand’s bacon. Isaac Luke couldn’t convert the tries, but they were 18-12 in front with only a few minutes left.

But a mistake from the kick-off handed Scotland the change near the Kiwi try-line and they didn’t waste it.

Aitken stormed over and Brough tied it up with his conversion, much to the delight of the Derwent Park crowd.

No fourth-ranked team that had taken part in the Four Nations had ever managed a point in the tournament – Scotland has now done that and made history.

New Zealand now has to rely on Australia beating England to reach the Four Nations final.