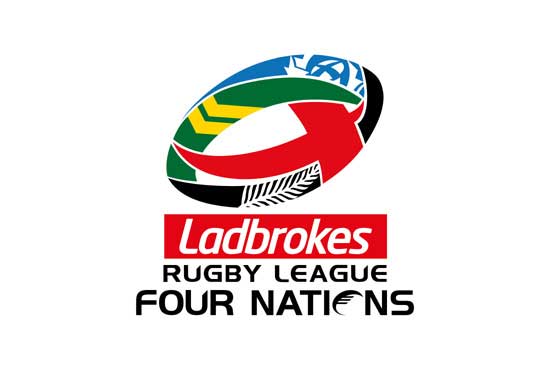 Debutant James Maloney scored 18 points as Australia romped to a comfortable 54-12 victory over Scotland in the Four Nations opener at Hull.

Cooper Cronk and Josh Mansour grabbed doubles each as the Kangaroos rocked up 10 tries.

Five minutes later the Kangaroos were in again as Cameron Smith grubbered for Cooper Cronk to score.

Maloney was the next to score, before Cronk grabbed his second and Mansour crossed twice on the left wing.

Scotland were staring down the barrel of a 30-0 score and had barely had the ball. Every error they made was ruthlessly punished.

But the Bravehearts hit back just after Australia coughed up the ball.

Danny Brough grubbered in behind and Ryan Brierley read it brilliantly to dive over to score.

In the second half Josh Dugan sliced through some flimsy defence to make it 36-6.

Soon after Dugan was forced off after a bad head knock with Luke Douglas.

But Scotland started to come into the game and slow the Aussies down at the ruck.

Danny Brough made a 70-metre break after an intercept and they scored two tackles later. Adam Walker offloaded close to the line and Ben Kavanagh touched down.

That was as close as it got for the Scots, as in the final stages the Kangaroos crossed for three more tries to close the game out.

Tyson Frizzel bulldozed his way over and then Michael Morgan finished off a lovely passing move.

Jake Trbojevic, making his first appearance in the green and gold, got the final try of the night right on full-time to finish the Scots off.

Sterner tests await for Australia, with New Zealand up next in a week’s time in Coventry.