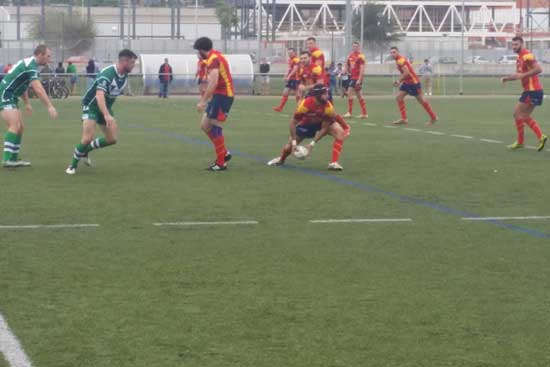 Spain rugby league coach Darren Fisher has seen nothing but positive feedback after the nation’s debut in the 2017 Rugby League World Cup qualifiers.

Three years in to their development, his side performed highly creditably in Russia and at home to Ireland in Valencia, earning plaudits for their spirit and desire against much more experienced opponents.

Fisher acknowledged that the Spanish had come through a significant test and were better for the experience.

“It was two tough games back-to-back, something we’ve not done before and it’s been a good taste of rugby league at this level,” he said. “It was tough for the boys but we’ve put some standards in and that’s a massive credit to them, especially up against full timers.

“In three years to be here is a real bonus for everyone involved in the sport in Spain and exposure at this level is massive; this is where we need to be competing, we can’t now take a backward step, our 40-man squad now know what it’s about.”

Fisher is determined that the experience will be put to good use both in the domestic arena and on the international stage.

“We’re looking to go from strength to strength,” he commented. “Playing for the first time in European Championship B will be our focus next year and we’ll add a couple of friendlies because our leagues need to grow even stronger.

“We are already up to 24 teams, we’re bringing on juniors and women and looking at expanding into national U23s to give more players the chance to wear the Spanish shirt. We are also working on using our U19s to play in double-headers to the full national side. I’ve already been in touch with Belgium and Malta about that because they loved coming here and we want to repay them.”