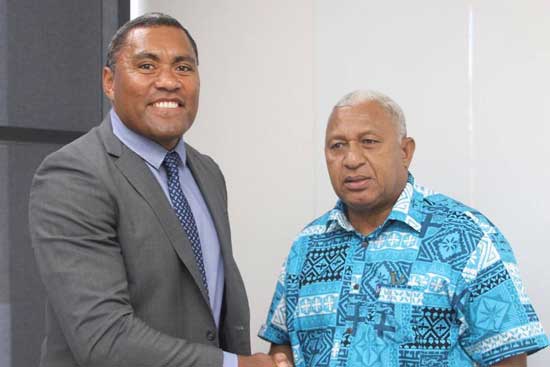 The bid is being led by Mr Civoniceva who is also an ambassador for the National Rugby League.

The Fijian Head of Government thanked Civoniceva for his efforts in trying to promote rugby league in Fiji and highlighted the positive outcomes it would have on rugby league players based in Fiji.

Civoniceva thanked the Prime Minister for meeting him and informed him of the status of the bid.

“We are very close to achieving our aim which is to have a Fijian team based in Fiji play in the competition here in NSW,” Mr Civoniceva said.

“The Prime Minister was very eager to know the status of the bid and we should be knowing this in the next couple of weeks.”

Civoniceva also congratulated the Prime Minister on Fiji’s securing a team in the National Rugby League competition from next year.