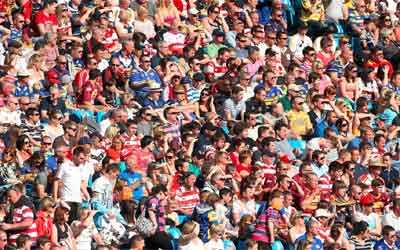 England will have their World Cup credentials tested by Australia and New Zealand in the Four Nations in the coming weeks. The Three Lions were defeated in the semi-finals of the competition in 2013, losing out to the Kiwis in heartbreaking fashion.

They will be determined for a strong showing next year, but will need to continue their good form against New Zealand to prove that they can match up with the Southern Hemisphere outfits. Wayne Bennett’s men will be boosted by the big rugby league news that Sam Burgess has returned to the fold and his presence in the line-up will offer England experience and quality at second-row.

The 27-year-old was integral part of the Three Lions’ side in the last World Cup and excelled in the surge to the last four, putting in a man-of-the-match performance against the Kiwis in a losing effort.

However, just months later he made the curious decision to switch codes to Rugby Union to join Bath, ending his five-year international career with England and four-year stay with the South Sydney Rabbitohs.

Burgess’ time in Union was blighted by injuries and a lack of form as he struggled to make the transition. Although he was capped by the Red Rose and played at in the ill-fated 2015 World Cup campaign, he bore the brunt of the criticism for Stuart Lancaster’s men’s failure and as a result opted to return to his roots.

He has enjoyed his spell back with the Rabbitohs getting back to his best in the second row. As a result of his return to form, he has been rewarded with a recall into the Three Lions’ squad for the first time since the semi-final defeat and could even be handed the captaincy due to Sean O’Loughlin’s absence.

The 27-year-old’s experience and quality will be crucial in the Four Nations, although England fared well without him against New Zealand last year, winning two of their three contests. The bigger test for Bennett’s men will come against Australia and Burgess’ knowledge of their players and system will be vital to defeat the Kangaroos.

Australia have been a menace to England in Rugby League over recent years, often defeating the Three Lions in devastating circumstances in the last minutes of their matches.  Bennett’s men will need to banish the demons of their losses to the Kangaroos before the World Cup where the potential of facing them in a final could be on the cards.

It has been just under a year since England have been in action and will need time to fire on all cylinders, especially in their attacking play. Their Test match against France will provide an opportunity to get into rhythm before they face the Kiwis on October 29. A confidence-building victory will give Bennett’s side an excellent platform to take into the series, which they have failed to win in their previous four attempts.

Should the Three Lions record victories on home soil over both teams that have been so dominant against them, it will provide them with great hope of travelling to the Southern Hemisphere next year and returning with the World Cup in hand.